On Thursday,  Tam posted a link to a very thought provoking and rather long piece on a blog I'd never heard of:  Days of Rage on Status 451.  The author pokes at many things going on that lead to the widely stated thought that we're in the low-intensity phase of the second civil war in our country. I haven't actually finished reading it, but I will when I'm done here.  The title, "Days of Rage" was the title of a book about the violence of the early '70s (for reasons that aren't clear to me, much of what people consider "the 60s" actually took place between '68 and '72).  “People have completely forgotten that in 1972 we had over nineteen hundred domestic bombings in the United States.” — Max Noel, FBI (ret.)

As I always do, I'm going to pull a few quotes here to whet your interest to go read it.


One thing that Burrough returns to in Days of Rage, over and over and over, is how forgotten so much of this stuff is. Puerto Rican separatists bombed NYC like 300 times, killed people, shot up Congress, tried to kill POTUS (Truman). Nobody remembers it.

Also, people don’t want to remember how much leftist violence was actively supported by mainstream leftist infrastructure. I’ll say this much for righty terrorist Eric Rudolph: the sonofabitch was caught dumpster-diving in a rare break from hiding in the woods. During his fugitive days, Weatherman’s Bill Ayers was on a nice houseboat paid for by radical lawyers.
...
You have to understand: in 1968, many radicals absolutely believed that the United States was getting ready to collapse. One Weatherman puts it: “We actually believed there was going to be a revolution. We believed 3rd World countries would rise up and cause crises that would bring down the industrialized West, and we believed it was going to happen tomorrow, or maybe the day after tomorrow, like 1976.”
...
The FBI was up SDS’s ass, and Weatherman’s. They harassed the core cadre. Beat them. Threatened them. This does not dissuade revolutionaries. Weatherman started doing crazy stuff with SDS: street brawls, public nudity, sexual orgies, ordering established couples to break up. If you think it sounds like a cult, you’re right. This is literally cult indoctrination stuff. They were remaking people, seeking the hardest of hardcore.
...
Institutions are one of two major assets that the Left has and the Right lacks. The other is Shock Troops.
...
My point is: did you notice the Left and the Right use fundamentally different tactics?

This is no accident. They’re different cultures. The Left and Right don’t just want different things. They also have different abilities, goals, resources, and senses of propriety. Meaning contemporary political violence from the Left and from the Right will look very different.
...
People tend to think that the Right will be an awesome, horrific force in political violence. The SPLC’s donations depend on that idea. Righties tell themselves that *of course* they’d win a war against Lefties. Tactical Deathbeast vs. Pajama Boy? No contest. Why, Righties have thought about what an effective domestic insurrection would look like. Righties have written books and manifestos!

The truth: the Left is a lot more organized & prepared for violence than the Right is, and has the advantage of a mainstream more supportive of it.

The whole thing goes 48 screens on my desktop, here.  Column widths are about what I run (close to 100 characters per line).  On the other hand, it's rather interesting.  I was unaware that Puerto Rican separatists shot up congress in 1954 and tried to assassinate Harry Truman in 1950.  The same group was behind a wave of bombings in the '70s.  They were well trained, probably by Cuban intelligence, and well-disciplined bombers.  The biggest asset they had, like all leftist groups, was support from mainstream organizations.  Their biggest benefactor was the Episcopal church.  Heck, I was a young adult while this was going on, but reading it feels like reading somebody else's history.  It's not just that I was too busy trying to get into adulthood, and trying to get my life going; it's like a memory selectively destroyed by our culture.  The author talks about not remembering any of this, too.


There’s a famous case where a shadowy group was after a high-value, high-status target who used his considerable resources to retreat. The group couldn’t get to him. So they targeted everybody associated with him: Friends. Family. Staff. Lawyers. Sympathetic journalists. Eventually, that utter devastation of infrastructure led to the death of the high-value, high-status target, whose name was Pablo Escobar.

That’s what I’m really scared of. Killing like that, on repeat. It’s my nightmare scenario. I know it’s unlikely. But — and this is the stupidest part of this whole thing — after 2016, I’m a little superstitious, and I’m wary of omens.

The shadowy group that unleashed carnage on Pablo Escobar’s Institutions had a name.

They were known as Los Pepes. 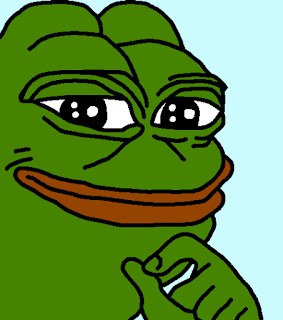