About That Whole GQ Story

There's a lot of buzz over GQ picking Colin Kaepernick as their "Citizen of the Year". 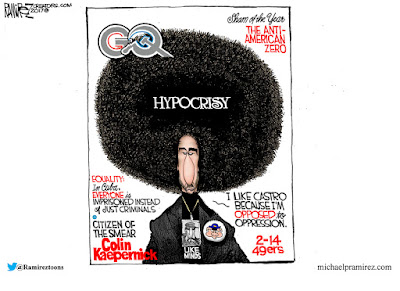 I haven't said anything but I just want to pass on what I think is going on.  The easy one to shoot for is that their political beliefs align with his.  I think that's secondary.  The big reason is that GQ is failing, like most magazines, and it has been years since anyone has said "there's a lot of buzz over GQ" or since GQ has made news at all.  If they ever have.

There's a quote attributed to PT Barnum that "there's no such thing as bad publicity", and I think they're just dying for people to notice they're still around.