The US Consumer Product Safety Commission announced the recall of more than 40 million Kidde disposable fire extinguishers Thursday, saying they may malfunction during an emergency.

The faulty extinguishers are equipped with plastic handles and push-buttons and can become clogged. Their nozzles also may detach with enough force "to pose an impact hazard," the CPSC said.

The company has set up a web page with a couple of pages to help you determine if your fire extinguishers are included - Kidde labels their products for dozens of companies.  We just spent the evening inspecting the four we have in various places around the house, and all but one are affected. 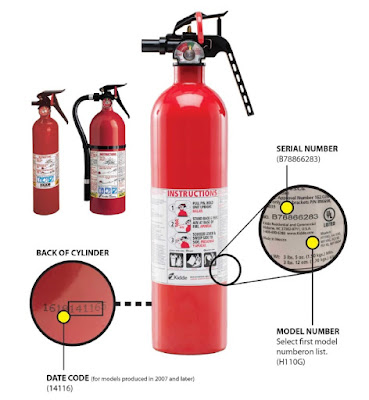 Replacements can be applied for online.


If Kidde determines that you have an affected model, the company says it will send you a replacement within 10 to 15 business days. The new extinguishers contain metal parts instead of plastic.