Michelle Malkin has started an investigation of the intrusion of the Federal government into commercial fishing operations, it's in the Ammoland News this week.  She starts in "the northeast" but much of what she talks about rings true down here in central Florida.

The story starts with, well, what you'd think if you've watched federal overreach into everything else in the country for the last 20 years.


The plague on the commercial fishing industry isn't “overfishing,” as environmental extremists and government officials claim. The real threats to Northeastern groundfishermen are self-perpetuating bureaucrats, armed with outdated junk science, who've manufactured a crisis that endangers a way of life older than the colonies themselves.

How often have you heard that the seas are overfished and that they're virtually deserts empty of life?  As Michelle says, generations of schoolchildren were indoctrinated with the belief that stocks of fish have been depleted by greedy commercial fishermen, and there actually was a period when foreign factory fishing vessels overfished places around the US.  But that was in the 60s and 70s; when the domestic fishing industry regained control of our waters, stocks rebounded.  Could it be an effort to shift control to big governments instead of people whose lives and livelihoods depend on managing the resource?  How could anyone, any group, know the populations of fishes everywhere?  Nobody is capable of counting them all, so it obviously has to be by sampling and estimates based on how many fish are collected.


Meghan Lapp, a lifelong fisherwoman and conservation biologist, points out that government surveyors use a “net that's not the right size for the vessel,” which produces “a stock assessment that shows artificially low numbers. The fishing does not match what the fishermen see on the water.”

Instead of fixing the science, top-down bureaucrats have cracked down on groundfishermen who fail to comply with impossible and unreasonable rules and regulations. The observer program, which was intended to provide biological data and research, was expanded administratively (not by Congress) to create “At Sea Monitors” who act solely as enforcement agents.

Yes, Big Brother dispatches a fleet of spies to track and ticket commercial fishing families while they work. And the biggest slap in the face? New England groundfishermen have to pay for it. A study done by the National Marine Fisheries Service estimates the program costs about $710 per day or $2.64 million per year.

Does she mean they literally put agents on board every fishing boat to monitor their compliance?  As she says, yes, NOAA calls the program their At Sea Monitors.


“Before we sail, we have to do declarations on our boat tracks, which is a vessel monitoring system,” Tom Jr. explained. “We have to declare what areas we're going to be fishing in. We also have to submit a sector-trip start hail and operator's permit number. … (Then) you have to submit a daily task report, what area you were in, and all the species that you caught.”

On top of all that, an at-sea observer boards the Williams' boats and bunks in tight quarters with the crew, looking over their shoulders at every turn. Over the years, the expanding reach of regulators has become overbearing and, as brother Aaron described it, “humiliating.”

I don't know the commercial fishing world here in Florida, but I assume it's under the same rules as these folks are.  As I'm sure the northeast states do, we have state waters out to 3 nautical miles from shore in the Atlantic or 9 miles from shore in the Gulf of Mexico, with and federal waters beyond that.  It's not unusual for state and Federal rules to be different, putting us in the awkward position of legally taking a fish in Federal waters that would be illegal if caught in state waters and vice versa.  The state and the feds tend to mimic each other, but it does happen.  The fishing rules and regulations are so complex and frequently changing that the only reasonable way to keep up with them is to carry a summary with you at all times, and update that summary.  I keep an app on my phone with the rules, updated whenever I open it.

For example, in this part of the state, we're told that a well known fish sought as a delicacy, the red snapper, is in trouble.  At the moment, it's legal to take two per day in state waters, but not legal at all in Federal waters, and the species is almost exclusively caught in Federal waters (in this part of Florida).  It's legal and believable that an angler could stop at a shallow reef in state waters, catch a legal red snapper, then go farther offshore and now have an illegal fish.  I've heard stories from several guys that they had gone to a deep reef in search of another species, but couldn't get a bait past the "protected" red snapper.  Once caught, they have to be released, but like most deepwater species, their swim bladder inflates as they're being brought to the surface causing what's referred to as barotrauma and making a safe release more difficult.   You can't simply just let them over the side. 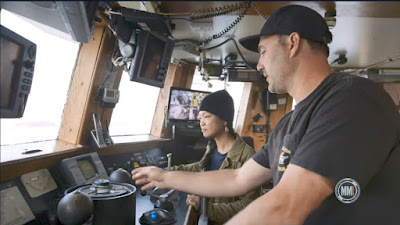