A little short of five years ago, I ran a piece about a player in the quantum computer field called D-Wave Systems.  It included this little tidbit.

For illustration, assume current in one direction is a logic "0" and current in the opposite direction is a "1".  The superposition of two different states at the same time is what constitutes a qubit, or quantum bit, and creates quantum computing.

In the intervening five years, quantum computing as entered into field trials.  D-Wave has sold systems to Lockheed Martin, NASA, the NSA (National Security Agency), and Google, each of which paid somewhere between $10 million and $15 million for the system.  Recently, D-Wave committed some of the important software they've been developing to open source.  The only problem is that the buyers aren't sure that they actually bought a quantum computer.  It turns out that's a hard thing to prove.


These machines are of little use to consumers. They are delicate, easily disturbed, require cooling to just above absolute zero, and are ruinously expensive. But the implications are enormous for heavy number-crunching. In theory, banks could use quantum computers to calculate risk faster than their competitors, giving them an edge in the markets. Tech companies could use them to figure out if their code is bug-free. Spies could use them to crack cryptographic codes, which requires crunching through massive calculations. A fully-fledged version of such a machine could theoretically tear through calculations that the most powerful mainframes would take eons to complete.

The only problem is that scientists have been arguing for years about whether D-Wave’s device is really a quantum computer or not. (D-Wave canceled a scheduled interview and did not reschedule.) And while at some level this doesn’t matter—as far as we know, D-Wave’s clients haven’t asked for their money back—it’s an issue of importance to scientists, to hopeful manufacturers of similar machines, and to anyone curious about the ultimate limits of humankind’s ability to build artificial brains.

Surely it can't be that hard right?  Why not take it apart and probe it?  Or why not run a sample computation, a benchmark if you will, on it and another computer to see which is faster.  Unfortunately, it's not that easy.  It violates the laws of quantum physics to be able to look inside (probe it), so the system can't be probed.  When a quantum system is observed, it collapses to one state or the other.  In the example from the original  paragraph, if one measures the current flow in any of the 512 niobium wire loops it will only appear to be moving in one direction, not both.  This is collapsing the Quantum Wave Function - made famous by the analogy Erwin Schrodinger proposed about a cat that is simultaneously fully alive and fully dead.


The controversy surrounding D-Wave is rooted in the fact that the company doesn’t claim to have built a full-fledged “universal quantum computer” that can tackle any problem. In particular, it doesn’t claim to able to crack secret codes; if it did, the argument would be over quickly. The technique it uses, called “quantum annealing”—which we won’t even try to explain—is only good for solving specific sorts of mathematical puzzles called optimization problems. As their name implies, these involve finding the quickest or lowest-cost way to do something. (That could make the technique useful to banks and mining companies, but not spy agencies.)

The trouble is, it’s possible to build a device that produces a similar result to quantum annealing without any quantum behavior—i.e., without invoking superpositions and parallel universes. So the question is: Is the D-Wave machine doing quantum annealing, or just something that looks like it? And this is where things get tricky.

Researchers can't look into it, and they may not even be able to test its speed.


Even if there were a speedup, it would be hard to measure. There was a good deal of hype about an experiment last year by a scientist whom D-Wave had hired as a consultant, showing that the D-Wave 2 did a certain calculation 3,600 times faster than a conventional machine. But as it turned out, the likelier reason the conventional computer was slow was that its software was slow. Other researchers said they’d been able to make an ordinary laptop, using different software, run as fast as the D-Wave.

Even D-Wave admits that in its work with Google, it’s machines were only “comparable or slightly better” than conventional computers. Google wrote on its research blog a year ago that it has been able to do some interesting things with its D-Wave, but carefully avoided claiming that they were things only a quantum computer could do.

It ends up being fundamentally hard to answer the question of whether or not the D-Wave Systems boxes really are quantum computers, and the whole article is worth reading. 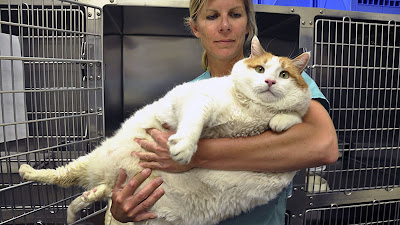 In this recent photo, we find that Schrodinger's cat learned to create a quantum superposition of kibbles in each of the parallel universes it visited, so that alive or dead, it had an unlimited supply of kibbles.  Photo from the Quartz article.

If you're waiting for me to reveal if the D-Wave Systems box really is a quantum computer, the Quartz article doesn't say conclusively.  We could say it exists in the superposition of states of simultaneously being and not being a quantum computer.  They point out that Michele Mosca, a co-founder of the Institute for Quantum Computing at the University of Waterloo in Canada, says that the very meaning of the words “quantum computer” is fuzzy. He proposes five (actually five-and-a-half) definitions, which are listed at the bottom of the Quartz article for the technically minded.


The D-Wave, Mosca says, definitely meets definition 2, and probably its stronger variant, meaning that it is behaving somehow differently from classical computers, but not necessarily faster. If further research can show that it meets definition 3, that means it can be faster than classical machines at certain tasks, provided the problems aren’t too large. If it meets definition 4 (the best, Mosca says, that it aspires to) then it has the potential to continue to be faster for any larger, more complex input —though again, only for certain tasks.

That would still be hugely important. It would mean that the D-Wave is taking advantage of the weird properties of quantum physics to do things that, until not so long ago, were thought literally impossible, and open up the ability to solve problems that would otherwise remain out of reach.

But the full power of a quantum computer will be realized only when a machine can satisfy definition 5—a general-purpose device that far outstrips conventional computers at any task they can perform. That machine has not yet been built.

If the D-Wave is not a quantum computer that raises perplexing questions.  It raises questions of whether or not they know what they're doing, if they knowingly sold fakes, or unknowingly sold fakes (that is, they were faked out themselves) and if the buyers are thinking they bought fakes.