The Las Vegas Shooting And the Ammo Seller Arrest

It took me a while to tease out of this story what I think is going on.  The news story is summarized on Ammoland's website.  Their article pretty much echoes what little I saw on the national news.


Authorities have charged Douglas Haig, 55, of Mesa Arizona with selling “armor-piercing ammunition” to Las Vegas killer Stephen Paddock according to court documents acquired by the Associated Press. Haig works full time as an aerospace engineer and part-time as a manufacturer of reloaded ammunition.

The story said the local police recovered tracer rounds from Paddock's room, and traced them back to Haig by fingerprint.


According to the court documents police also found unfired armor-piercing rounds within the hotel room. Law enforcement was able to lift a fingerprint off one of the armor-piercing cartridges. Douglas Haig matched that print and was named a person of interest in the case after law enforcement found his name, and address on a box that was in Paddock's possession.
...
Haig and his lawyer, Marc Victor, held a press conference on Friday claiming that Haig was innocent. According to Haig, he met a well-dressed Paddock at a gun show in Phoenix, Arizona. He stated Paddock wanted to more [SIC] tracer rounds than he had on hand at the show, so Paddock called him a few days later to set up a sell of 720 tracer rounds at Haig's house.
....
Haig further claims that Paddock did not use his ammunition in the attack because he only sold him tracer rounds.

David Codrea links to the actual court document.  There is one charge.

So the headlines typically shout he was arrested for manufacturing armor piercing rounds and never mention tracers.  I don't have to tell this audience that when the terms "armor piercing" and "tracers" are used, "one of these things is not like the other".  The police are saying he manufactured the armor-piercing rounds and got one of Haig's fingerprints off one, but Haig claims he never sold Paddock anything except tracer rounds.  The court filing says they were .308 rounds "metallurgically classified as armor piercing incendiary" by some definition.  Does that mean Haig considered them tracers but the FBI lab said they were armor piercing, too?

The headlines also scream he was manufacturing armor piercing rounds without a license.  As far as I can tell, there is no special license for manufacturing armor piercing ammunition, or even tracers, just a general prohibition against manufacturing armor piercing ammo (for which there are too many definitions) unless it's for sale to the US government or export (18 U.S. Code § 922 A 7).  There's a general requirement to be licensed if manufacturing ammunition and reselling it.  It seems likely that Haig had what the IRS calls a hobby business, which is one that isn't the owner's livelihood, and that some people keep so they can successfully get reimbursed for the expenses of their hobby.  (I've known several people over the years that sold things they made to help pay for their hobbies).  All the sources say Haig is an "aerospace engineer" with the reload business on the side.  The ATF website shows the following:


Is a person who reloads ammunition required to be licensed as a manufacturer?

Yes, if the person engages in the business of selling or distributing reloads for the purpose of livelihood and profit.

No, if the person reloads only for personal use.

There's a long gap between selling for profit and selling for the purpose of one's livelihood.  This is a gray area: let's say someone shoots your reloads and likes them, so they offer to buy the components and give you a few bucks to do the work.  It's hard to argue that's making a profit.  How many people have arrangements with neighbors along the lines of "if you cut my lawn for me or shovel my driveway I'll give you a few bucks".  It's not livelihood, but if the BATFE wants to argue it's for profit, they have the infinite checkbook of the federal government.

I suspect Haig is in the gap between recovering the cost of his hobby and truly making it his livelihood and they're getting ready to hang him so that they can say "we got someone". 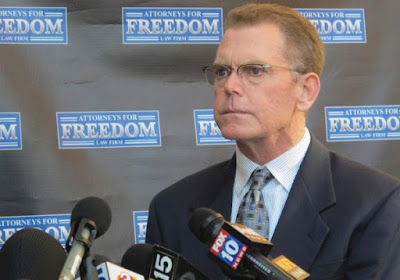 Of course, if any of you know more or better, the floor is yours!