Time for the Spring Planting

With February drawing to a close, it's time to get spring planting moving before it's too late.  Today Mrs. Graybeard and I took a trip to Wally World; going there instead of to the Borg because it coincided with another side trip we had to make.  Unfortunately, their tomatoes and peppers looked awful.  On the one hand, it would make the season more efficient because we couldn't kill them if they're already dead; I mean, think of how quickly we'd be done for the year.  On the other hand, though, that isn't the way we want the year to work out.

They had a pretty hibiscus with big yellow flowers, and since we lost one in Hurricane Irma, this will make a nice replacement.  Since it's on the south side of the house, I need to get this done early in the morning before it gets too hot outside.  Too hot in February?  Around here, the sun can always hurt you - I can recall getting sunburned on the shortest day of the year - and even though it's only going to be 80 (it was 87 by the car's thermometer on the way to Wally World), with the sun both on your back and reflected off the house onto your face, I have no desire to be out there until noon.

The month of February has been quite a bit hotter than our averages, although January marked the first time we've had frost in several years.  For the last week, the official numbers have tended to overnight low close to 67 and the high close to 82.  Averages are 52 and 74.  Thursday could see a high of 90, but it will then get closer to average for a few days.  I had just about given up on not having to run the air conditioner in the shop.

I tell new folks I meet from the more northern parts of the country to just think of our seasons as exactly backwards from theirs.   When people in the northern reaches, say Tennessee and north, are coming out for all their summer activities in April, I'm essentially going inside for the summer.  Likewise when they're knocking off their outdoors activities around Halloween, that's when I'm starting to think it's worth being outside.  They put up with their winter to get their summer, I put up with our summer to get our winter.  In the middle of their winter, nothing grows outside.  In the middle of our summer stuff grows, but we have to do hand to hand combat with bugs that start to resemble the ones in Starship Troopers. 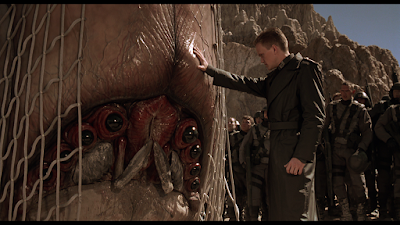 It's really going to be nice for a week, we'll definitely get everything planted.