Final Launch of a Delta IV Medium Set for Tomorrow

The targeted time for launch of a Delta IV Medium is tomorrow morning at 0900 EDT on the Cape Canaveral Air Force Station.  This will be the final launch of the Delta IV "single stick" configuration, which has had 29 successful launches in its 17 year history.  The Delta family name dates back to the earliest days of spaceflight with the first Delta launch in 1960.  The three-booster member of the family, the Delta IV Heavy will continue to fly at least into the mid-20s.  The National Reconnaissance Office, using the Air Force as a contracting agent, has contracts in place for at least five more Delta 4-Heavy missions through 2024.

United Launch Alliance, the company behind the Delta family as well as the Atlas family has said that the capabilities of the Medium match those of its Atlas 5 well enough that they are going to have  one launcher and will use the Atlas 5 for payloads that match its capabilities.  Only the Atlas V and the Delta IV Heavy will remain on ULA’s books until its Vulcan-Centaur heavylifter enters service in April 2021.

The payload is a Lockheed-Martin-built GPS 3 SV02 satellite nicknamed Magellan; as the SV02 implies, it's the second in a new series of GPS satellites.  The first was launched last December aboard a SpaceX Falcon 9. 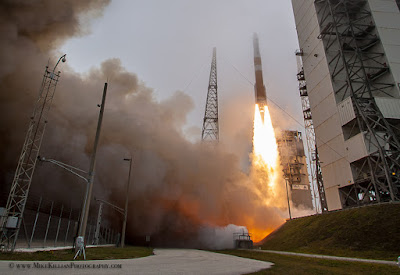 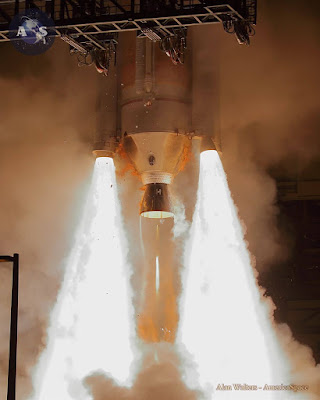