The Secret of the People Living Past 100

Full disclosure: I make fun of junk science for a bunch of reasons, but one of the reasons is I'm one of the people harmed by junk science.  In a nutshell, I follow the same sort of ketogenic lifestyle that Karl Denninger talks about, except I don't talk about it, but it's not worth the column space to get into my story since that's not the point.

Doubtless, though, if you pay attention to the "he-who" junk science health studies that we're bombarded with in the media, you've heard of the Mediterranean Diet.  You've heard the mythical stories of how people from that area live longer, have less heart disease and, well, the whole story.  Have you ever asked if there really is such a thing as one Mediterranean diet?  After all, the countries on the Mediterranean stretch from the ones you've probably read about - rural French, Italian and Greek - to Spain, Albania, Turkey, Slovenia, Israel, Egypt, Syria, Libya, Algeria and more, a stretch of coastlines that must go over 8,000 miles.  Are their diets really identical or even all that similar?  How much do they have in common?  Are they really that much healthier and live that much longer?

One of the terms that gets buzz is Blue Zones.  There's a handful of these zones which produce the most per-capita supercentenarians—the oldest of the old, the longest lived of the longest lived—in the world.  A few are in the Mediterranean like Sardinia and Ikaria, but Okinawa also gets a lot of press.  They get celebrated for their diet and lifestyle, and used as examples for what we should all be doing.

An interesting paper that is out in preview took a look at what the longest lived populations have in common.  I get the inline quotes here not from the study, but from a weekly email I get from a guy named Mark Sisson.  Mark is 64 these days but was formerly a very high level competitive athlete.  He devoted his second career to repairing the damage he did to his body trying to compete and is now best known as the owner of business that makes so-called paleo diet products.

The presence of hills didn't predict it.

It turns out that a strong predictor of super-longevity is the absence of detailed birth records.

That's right - the best predictor of super-longevity is living someplace where there's no records of when people were born!

Wait - it gets better.

In Okinawa, Sardinia, and Ikaria, the strongest predictor for regions with high reported supercentenarianism was high crime, low income, and low life expectancy relative to the national average. Ninety-nine percent of male Italian centenarians smoke. Hundreds of thousands of Japanese centenarians are actually dead or missing. These aren't what you'd expect. Oops again.

Gee, the strongest predictor of longevity is living in high crime, low income and low life expectancy areas compared to the rest of the nation?  That seems completely backwards from everything we know about poverty being a substantial health risk.  And that's not even touching 99% of Italian centenarians smoking.  Something very strange is going on here.


The conclusion of the paper is that the primary causes of reported supercentenarianism in these countries are pension fraud and reporting error.

Sorry, but this literally made me laugh out loud.  They're not measuring longevity, they're measuring fraud.  This is the quality of science we get out the medical junk science world.  This is what diet advice is being based on. 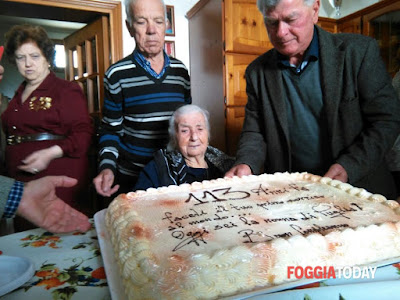