Two days ago, I posted on the disconnect between the first laws of economics and politics.  To once again borrow from Thomas Sowell:

In one sense (only one) the key message of all 22 clowns on the debate stage was that there's only one pie, and that if anyone has more pie than you (those evil, rich, bastards!) it's because they stole some of your pie.  All of the messages I've heard were focused on taking pie back from them and spreading it among the people who think they've had their pie stolen.

In reality, the picture is different.  We aren't stuck with one pie that we divide, we can make many more pies.  The one economically valuable commodity that doesn't seem to be limited by scarcity is human ingenuity.  Because we can write things down and pass them on, ingenuity is cumulative.  The old saying along the lines of, "if I've seen farther it has been from standing on the shoulders of giants" sums it up perfectly.  We are all standing on the shoulders of giants; taking advantage of all human creativity down through history.  In a very real sense, we're living on the accumulated ingenuity from the earliest of history through yesterday.

Is it true that innovations sometimes don't come as quickly as we'd like?  Of course!  On the other hand, if you look at the stunning progress of Western Civilization over the last couple of hundred years, it's hard not be in awe of what ingenuity and innovation have given us.  We went from horse drawn wagons and genuine debates if humans could survive traveling in the early trains at 45 miles per hour, to over 10,000 airplanes in the air at any given moment, carrying thousands of people at several hundred miles per hour.  In the space of just the 20th century, we went from the first spindly aircraft to the moon and probes to the edge of the solar system.  We went from only being able to communicate with someone else in person (or by letter) to nearly instantaneous global communication.

Don't miss for a second that those advances came from individuals working in liberty, not the heavy yoke of government trying to more fairly divide the pie.

Instead of dividing one pie, 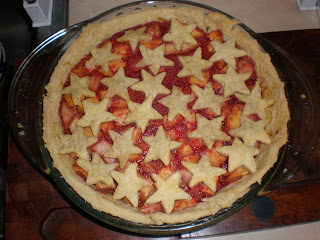 we can make more pies 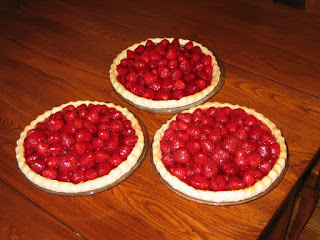 To borrow something I wrote not long ago (and linked above).


It's always the same mistake with these guys.  They take some trends, make a linear extrapolation and predict doom.  They never consider that history isn't linear.  They never seem to grasp that human ingenuity is the most powerful resource on Earth.  Time after time, humanity has faced environmental problems or shortages and figured out ways around them.


The history of the human race is a history of using that ingenuity to improvise, adapt, and overcome.  It's not a smooth continuum but things get better.  In the long term, that's always true.

To quote the British historian Thomas Babington Macaulay, “On what principle is it that with nothing but improvement behind us, we are to expect nothing but deterioration before us?”