Noted in Passing: the Opioid “Crisis” is Not Due to Prescription Drugs

I've written on the so-called opioid crisis several times in the last few years and have come to the conclusion that the narrative we're being fed simply isn't true; that the stories are manufactured for reasons that aren't necessarily clear, but that could track back to some well known politicians (hint - one of the names is associated with Arkancide).  For example a couple of years ago, Mylan, the company that makes Epinephrine injector pens - the kind used to stop anaphylactic shock in people with allergies to things like bee stings - raised the price a factor of 4x and the media howled like banshees.  The company that makes Naloxone, the drug used to stop people from dying of opioid overdose from dying, raised their price 17x and the media didn't say a word.

Back on November 20th, the CATO institute put up an article derived from a study published November 1st in The Annals of Emergency Medicine (full text).  The study demonstrates what I've reported here from the start, the numbers of people who become addicted to prescription opioids is too small to match the overdose numbers being seen.


This prospective cohort study by researchers in the Department of Emergency Medicine at Albert Einstein College of Medicine followed 484 “opioid naïve” patients prescribed opioids for acute pain upon release from the emergency department during a six month period. The statewide prescription drug monitoring program was employed in addition to regular follow up telephone interviews. One percent (five patients) met the criteria for persistent opioid use by the end of the follow up period. Four of the five patients still had moderate or severe pain in the affected body part six months after release from the emergency department.

I'm a little surprised to find that it's as much as 1% of the group that were using the opioids persistently, but 484 patients isn't a big number and sometimes small groups give strange results.  The CATO article also talks about a much larger study with a smaller number of misusers in the British Medical Journal.


The study comes after a much larger retrospective cohort study reported in the BMJ of more than 568,000 opioid naïve patients prescribed opioids for acute postoperative pain between 2008 and 2016. Investigators found a total misuse rate of 0.6 percent. The researchers defined “misuse” as follows:


The primary outcome was an ICD-9 (international classification of diseases, ninth revision) diagnosis code of opioid dependence, abuse, or overdose…Opioid misuse was defined as the presence of at least one of these ICD codes after discharge and encompasses a composite of a wide range of forms of misuse. We included only diagnosis codes related specifically to prescription opioids.

There is simply no correlation between opioid prescription volume and non-medical use or opioid use disorder among people age 12 and over.  Meanwhile, the restrictions on drugs that some patients need are still being withheld as policymakers and law enforcement continue to pressure health care practitioners into undertreating patients in pain. At a recent international breast cancer conference experts stated the under-prescribing of opioids to breast cancer patients in the U.S. is now comparable to treatment in third world countries.

This despite the CDC coming out this April ('19) and saying (my editing), “you guys making drug policy and passing laws got us all wrong.  Those 2016 opioid prescription guidelines we issued were supposed to be just that: guidelines.   We always figured the doctors know best what their patients need.  You doctors should treat the patients who need it for pain.”


Meanwhile, as prescription volume precipitously drops, the overdose rate continues apace, with fentanyl and heroin now making up the overwhelming majority of overdose deaths. And now methamphetamine is making a comeback as a major cause of drug deaths—15 years after Congress addressed the “meth crisis’ with the Combat Methamphetamine Epidemic Act.

A clear case of, “it didn't work, so let's try it again only harder.” 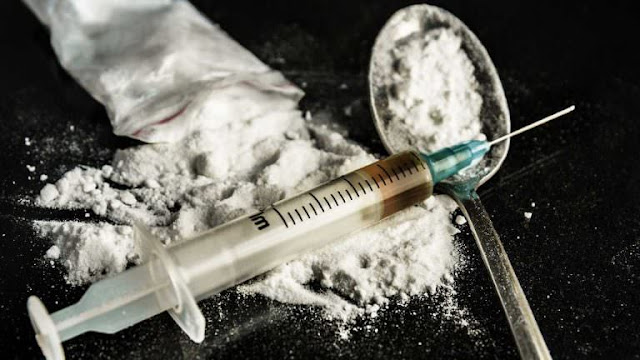 Today's opioid or fentanyl addicts are not yesterday's patients.  That lie has to die.