A Little Catching Up On Stories

After Monday night's launch of 60 of their Starlink satellites, SpaceX is now the world's largest satellite operator, with 180 of those satellites in orbit.  They're just getting started, with a possible 20 more launches of 60 satellites per launch (1200) this year.

With its highly reusable Falcon 9 rocket first stage, SpaceX also has a decided cost advantage in terms of getting its satellites into space.   As the saying goes, they get the launches at cost.  If they could capture just 3 percent of the global Internet market, those satellites could bring in about $30 billion in revenue.

The Starlink satellites are not without controversy.  Like pretty much all LEO (Low Earth Orbit) satellites, they're visible when it's dark on the ground but sunlight is still reaching the satellites and the astronomy community is starting to sound alarms about the satellites wiping out photographs, or otherwise ruining observations.  There's a sample video here.   This is an early photograph from May of '19, the first batch of 60. 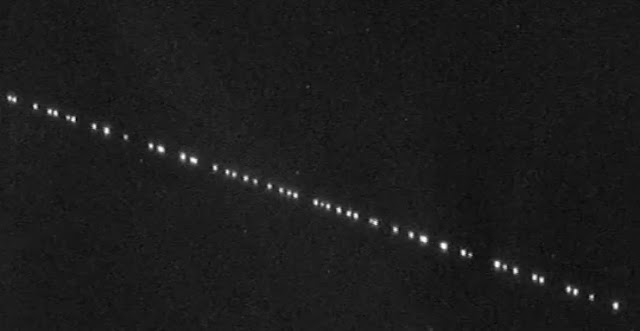 The company's responses seem like it's something they never thought of but they'll look at what they can do.  I suppose it's possible they never thought of this aspect since it's not something people who aren't sky watchers would think of right away.  I really don't see much they could do to the satellites to make them not reflect - they have a massive solar panel on them and they can't exactly paint that black.


I may have stumbled onto a player in my 5 year long struggle with my Ground Fault Circuit Interrupter popping randomly.  Last week, I had done a few experiments aimed down a simple-minded troubleshooting path.  I figure that side of the room has five outlets and about 60 feet of wire, and I'll just replace it all until I make the problem go away.  Outlets first, then wire.  I removed the obvious one to remove first, an outdoor outlet.  With the outlet removed (and the wires terminated with wire nuts), the GFCI popped in about 48 hours.  Then I unplugged a few more things and went another 48 hours before it popped.  Yesterday, I bought replacement outlets for the rest of that circuit and replaced them all today.  One of the existing outlets had this suspicious damage. 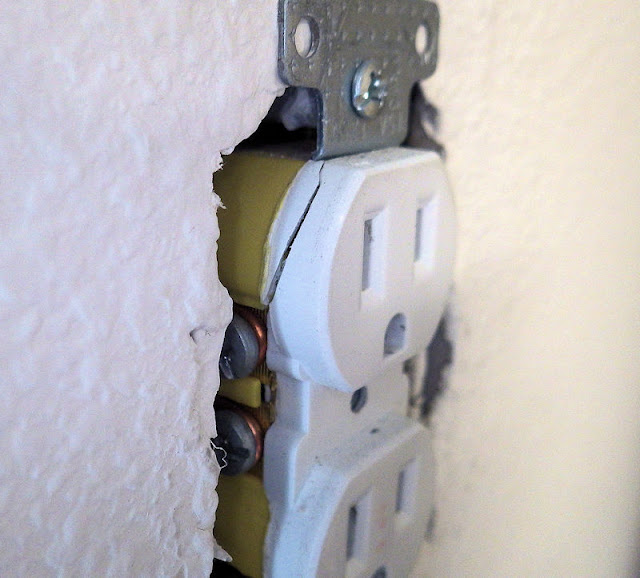 The plastic insulation is split all around the top outlet, but we're looking at the neutral side closest to the camera.  I have the rest of the shop plugged in but everything is turned off - except for the surge-protected power strip that would be plugged into this outlet.  That's unplugged until I need something on that circuit, then it will be plugged in for as long as I need the power.