Glass Half Full or Glass Half Empty - the Other Side

As counterpoint to yesterday's piece with an optimistic tone about the coming year and next decade, you really don't have to look very far.  Frankly, you have to look harder to find optimism than pessimism.

Let's start with the big one; the one on everybody's mind: Virginia. This is where people most think that our cold civil war is most likely to go hot.
That's plenty of reading.  It's hard not to notice while reading the comments that, to quote Peter (Bayou Renaissance Man):


It worries me more than words can say that we've got people not merely casually tossing around the idea of civil war, but actively trying to foment it, on both sides of the political aisle.

When both sides refuse to back down, that's the definition of conflict.  It's hard not to conclude the Republic is irreparably broken, and the next step is dissolution into open warfare.  It doesn't have to be but if both sides keep pushing for it, it will happen.

Back on my New Year's eve piece, I like to Borepatch's Thoughts on what's past, and what's ahead. Borepatch doesn't even mention Virginia until nearly the end, but brings up lots of the things on my mind.  Here, he's quoting from Free-Man's Perspective in a piece, “Government Against the People: It Gets Worse In the Late Stages.”

Let me be clear on this: Once ruling hierarchies get beyond a certain point, they cannot be reformed. And I am sure that the modern West is beyond that point.

All of this, and more, has been regular blog fodder around here.  Looking at the first two, I've been saying that I can see an economic collapse coming literally since the first post on this blog - almost 10 years ago.  I've advocated for a return to a gold standard - or at least one based on real commodities that can't be created in virtually infinite amounts on a whim.

So where are we?  What are these things saying?  I sure don't know.  Will Virginia turn into the shooting match that appears to be coming?  Don't know.  Will the US exist in 2030?  All I know is that with 100% certainty is that if the country is gone in 2030 the cause will absolutely have nothing to do with climate change.  Given the absolute truth that nobody can predict the future with absolute accuracy, I think you could do worse than listen to (read) Raconteur Report's “The 2019 Quincy Adams Wagstaff Lecture”


Wherever you're reading this, you've had unmistakable evidence that things aren't going to go all rosy. Perhaps ever again. Perhaps just for a long dark winter of the soul, and/or of the entire civilization. There has been more than one Dark Age period in human history, and they will happen again. You may very well get to see this firsthand, and experience life amidst it. Howsoever long or briefly.

Aesop goes on to talk about the value of trying to prepare for the variety of things that are coming.  Switching over to John Wilder, he points out:


Aesop mentions mental readiness, and that’s key.  The last 37 months have been, to put it mildly, an indication that we are headed towards a very uncertain future as the culture around us continues to polarize, as the monetary debt we face (all over the world) continues to mount, as soccer is still taken seriously as an international sport rather than a game for attention challenged three-year-olds, and as the international stability that was so hard won with the fall of the Soviet Union and the end of the Cold War dissolves. 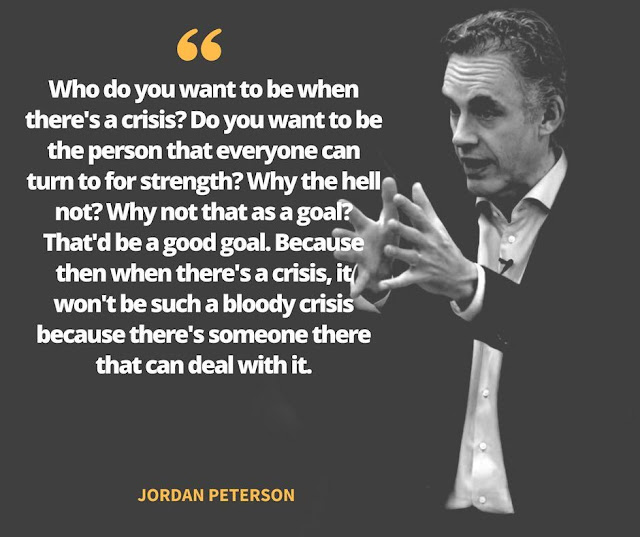