TDS May Be Reaching Into Space

Ars Technica reports that Last Friday, a US House of Representatives Committee released H.R. 5666, called the ‘‘National Aeronautics and Space Administration Authorization Act of 2020’’.  This is a regular occurrence in DC, and bills like this neither require the agency to do anything, nor do they fund anything.  They're sort of a summary of what the particular committee would like to see, the “sense of the House” in this case.

Ars sums it up that House legislators want to hand NASA’s human spaceflight program over to Boeing.


The big-picture takeaway from the bipartisan legislation is that it rejects the Artemis Program put forth by the Trump White House, which established the Moon as a cornerstone of human exploration for the next decade or two and as a place for NASA astronauts to learn the skills needed to expand toward Mars in the late 2030s and 2040s. Instead, the House advocates for a "flags-and-footprints" strategy whereby astronauts make a few short visits to the Moon beginning in 2028 and then depart for a Mars orbit mission by 2033.

I suppose that I start by saying I have no allegiances to Artemis, NASA, Boeing or anyone, it's just that the opposition doesn't make sense to me.  What I think is good about Artemis is a handful of things that can most succinctly be summed up by saying spaceflight has changed tremendously since the Apollo days.  Private companies now are setting the standards for spaceflight and I honestly think they will be putting crews on the moon for various missions whether or not NASA is involved.


Artemis recognized that spaceflight has changed in 50 years. The Artemis program included new players in the industry, such as SpaceX and Blue Origin, as well as up-and-coming companies like Maxar, along with the established aerospace giants like Boeing and Lockheed Martin. NASA's plans, essentially, invited everyone to the table. Over time, the companies that provided the most reliable services at the lowest costs were likely to get more contracts.

Much as NASA doesn't have a monopoly on lifts to orbit any more, Artemis also emphasized that NASA wasn't going to be the only customer.  The more companies and, yes, countries involved in spreading out into the solar system, the more sustainable the effort will be.


[Artemis] placed an emphasis on private investment in rockets and spacecraft—asking contractors to put more skin in the game. By opting for fixed-price contracts for the Human Landing System instead of cost-plus deals, the Artemis Program attempted to obtain services at lower costs while also giving contractors incentive to deliver on time.

For readers who have not been involved in the world of government contracts, cost-plus contracts are those for which a contractor would be paid documented costs plus a guaranteed margin (profit).  This started out in recognition of the fact that when a company is doing something that has never been done before, they're likely to not be able to include every expense in their bid.  The bidding company submits  their best estimate (sometimes called Best Available Guess at the Time of Estimate (BAGATOE)) and then keeps meticulous records of every cent spent and why.  They're then paid based on those costs plus the guaranteed profit.  A firm, fixed-price contract is what its name implies; the company will sell NASA rides on a rocket capable of getting them to the moon in compliance with a mission NASA specifies.  NASA buys that ride for X dollars and if it really costs more than they're paid, the seller eats the cost.

It might not be immediately apparent that there's a built-in incentive in cost-plus contracts for the contractor to be inefficient.  They get paid for hours worked so if the employees have a hard time getting anything done the company still gets paid and actually gets a bigger profit.  When I started in government contracting, engineers had bare bones computers while secretaries had the latest, fastest machines.  If it took a long time to run a circuit simulation, that was fine.  They got paid for the longer time waiting.  The same goes for time spent getting 500 approvals for the smallest expense.

Over to Eric Berger at Ars Technica for the summary:


The House authorization act, which will now be considered in committee before going before the full House, rolls a lot of this back. Its proposed Human Landing System, which will take astronauts from lunar orbit, offers the prime example of this. The bill states that:
The net effect of this is to shut down all potential competition and cost savings for the lunar lander. It is particularly telling that there is only one company—Boeing—that has proposed building an integrated lunar lander, has the contract for the Exploration Upper Stage, and is building core stages for the Space Launch System rocket. Boeing has also tried to minimize use of the Gateway.

With the House bill, legislators seem to be trying to take NASA's human exploration program and give it over to the Boeing Company, going back to an era of cost-plus contracting.

By extension, it goes back to bigger government control and less work for the private companies like SpaceX, Blue Origin and so on.  Wanna bet there's a version of the Campaign Finance Shuffle going on here, like with Planned Parenthood or the Service Employees International Union (SEIU)?  Congress gives tax money to the organization and the organization gives money back to the congress critters who gave money to them. 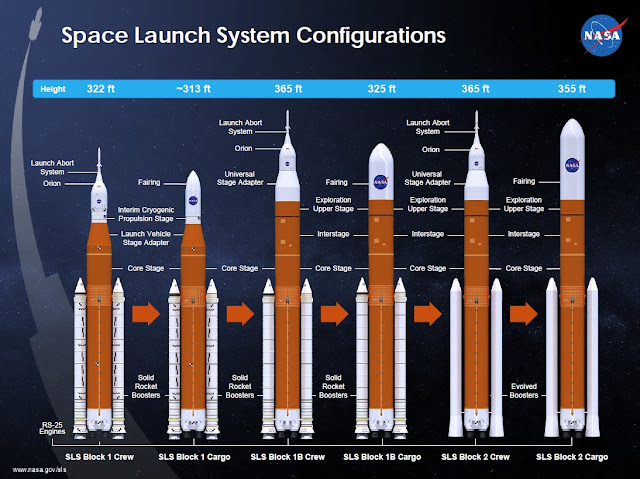 In case I haven't been clear enough - this seems largely political.  I'm sure you'd bet with me that no matter what approach Trump's team came out in favor of, the House Donkeys would come out opposed to it.  H.R. 5666 comes out of the majority Evil Party House and will have to be reconciled by the majority Stupid Party Senate.  The Senate is free to create its own version of this sort of bill in a “sense of the Senate” equivalent.


Further discussions will take place on February 10, when the White House releases its 2021 budget request, which will contain a five-year funding plan for Artemis along with a request for Congress to fund it.