It's that time of year when spring cleaning and other outdoor tasks must be done.  I'm not done, but I think I can see the finish line.  A large part of what I've been working on for several weeks is to improve the resistance to lightning surges.

Last fall, I had several posts about the lightning strike we suffered (first post - last post).  It wasn't a direct hit on the antennas, the tower or the house itself and it took quite a while to understand what happened.  A lot of postmortem investigation went on to the best of my ability.

Allow me to present what I think the important points are: 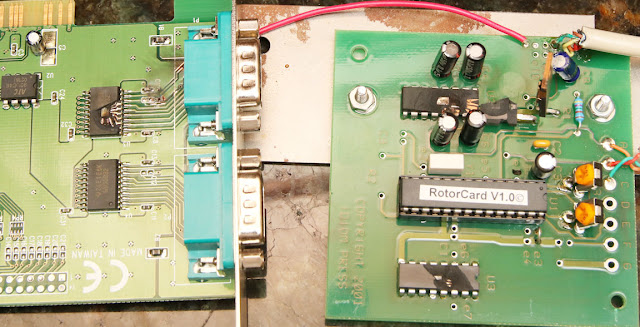 Let me begin by saying that I am not a registered professional engineer, a certified electrician, or anyone that you should take advise from.  I'm going to talk about some things I've done that I believe are going to help the situation for years to come.  I believe I have solid backing for what I'm doing but I have not asked a professional to evaluate it.  My station was designed and put together in about 1990.  What I'm doing to it is modest changes to improve it, not rebuild it from scratch.  Some changes won't involve the station at all.  As I understand the rules about electrical inspections, things I don't touch don't need to be brought up to the most recent electrical code, but new installations do.

If you're new to this field or a new ham, I can highly recommend the book “Grounding and Bonding for the Radio Amateur” by H. Ward Silver, N0AX and available from the American Radio Relay League at that link. It's a very well written introduction to these important things, it explains why as much as what, and talks about legal aspects we may need to know.

Since the radios' antenna inputs were well protected by their lightning gas discharge tubes, and most of the things in the house that were plugged into surge protected strips were protected, the task seems to be to protect things with long cables attached.  The longest is the 60 or 75 feet of rotor cable that started the path to blowing out my PC and radio.

Next time, a simple way to protect the rotator cable, almost completely built from things I already had.