How Can the CDC Impose a Moratorium on Evictions?

The first I heard about this was in a comment last Tuesday night by Divemedic to my post on Property Rights.  A little earlier, he had put up a post on his own blog on the subject.  (You do read him, don't you?)

President Trump's CDC today issued an order that prevents landlords from evicting tenants from residential property, as long as the renter makes less than $99,000 a year. The order states that the tenant is still required to pay rent. Well, if I can't evict them, just how am I going to do that?

The CDC's order went into effect on Wednesday and will remain in effect for the rest of the year.  The subject has naturally triggered a lot of reaction from those of us who want a smaller government and has been written about in a variety of places, such as Reason and the Foundation for Economic Education, FEE.

Under what power does the CDC; the Centers for Disease Control, have any control over the living arrangements of anyone in the country?  Renters sign a lease with the landlord and agree to pay rent when it's due.  In many cases, like Divemedic's, the landlord is just another small business, not some faceless multinational corporation that can absorb losses for a long time.  The landlord has to pay his expenses on the rental property, typically a mortgage and property taxes.  So the bank is going to demand on time payment from the landlord who is going to either pay out of pocket or lose the property.  The bank likewise has some real expenses due to its written loans, too.  Why is it OK to support the renter but not care if everyone else in the chain loses money?

For legal justification, the Trump administration cites one vague law that says during a pandemic the CDC director “may take such measures to prevent such spread of the diseases as he/she deems reasonably necessary, including inspection, fumigation, disinfection, sanitation, pest extermination, and destruction of animals or articles believed to be sources of infection.”
...
“All of these measures are localized, and limited to prevent the spread of an infection in a single building or location,” wrote constitutional law professor and Cato Institute scholar Josh Blackman. “None of these examples are even remotely close to a nationwide moratorium on evictions. This action is far beyond the scope of delegated authority.”

I don't see a single word, let alone phrase, in that quote from the law that applies here.  Those renters aren't spreading any disease, and being unable to pay rent because their job ceased to exist doesn't sound anything like, “inspection, fumigation, disinfection, sanitation, pest extermination, and destruction of animals or articles...”

Rep. Thomas Massie, a libertarian-leaning Kentucky Republican, said, “[this is] transferring control of private property from the lawful owner to the renter, [and] is possibly the most socialist action our government has taken in decades” and “The CDC order is an affront to the rule of law, and an emasculation of every legislator in this country - state and federal.”  Massie is joined by fellow Kentucky Republican, Senator Rand Paul, who added, “CDC does not have the authority to do this.  It's dangerous precedent and bad policy.”

The Fed.gov, with their shutdown orders, have trashed the lives of millions of Americans as they trashed jobs and entire businesses.  I've even heard libertarians say that in a situation like this the Fed.gov is responsible for harming those people and should essentially pay people damages to offset the harm they've done.  The fact they can't arrange the money to pay those damages is a sign of the dysfunctionality of the government.  In March, they came to an agreement bloated with pork and stupid spending, increasing the deficit by $2 trillion; a few weeks ago it looked like a leaner $1 trillion bill was on the horizon, but that fell apart.  They can't reach an agreement because Nancy Antoinette is still speaker and controls the house.  She won't give up the Evil Party's $2 trillion worth of giveaways to leftist causes, which would make it a $3 trillion bill.  Those who think spending $1 trillion is serious money seem to have won the day and blocked those with the Modern Monetary Theory/AOC's “you just pay for it” mindset.

Even John Maynard Keynes said printing money out of thin air was something to be done in bad times and not all the time.  While I'm a "sound money" guy - I strongly believe in a commodity standard, whether gold or silver or some other limited hard asset - I've said many times that I think a fiat dollar like we have could work.  Our leaders and central bankers would have to not play politics with the dollar, not use the printing press to buy votes, not try to change the dollar's value to tweak other countries and they would have to live within a constrained budget.  They should not be allowed to print money to fund foreign wars or the welfare state.  The only difference is that our legislators would have to be grown up, mature leaders.

In other words, we're screwed. 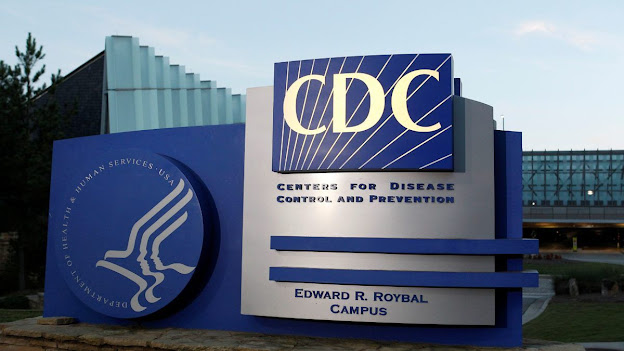