Kiwi Rocket and Satellite Manufacturer Set to Launch From US Soil

We've met and talked about Rocket Lab, the New Zealand rocket and satellite startup, in these pages before.  Last summer ('19), I noted that they had signed a contract to launch from Wallops Island, Virginia.  Last week, they completed all their preparations for their first mission from Virginia and are now just waiting on a safety review from NASA before setting the date for their launch.

The California-based company, which has launched 14 missions to date from its New Zealand site, just wrapped up a "wet dress rehearsal" at its Launch Complex 2 (LC-2), at the Mid-Atlantic Regional Spaceport in Wallops Island, Virginia.

During the exercise, a Rocket Lab Electron booster was rolled out to the newly built pad, raised vertical and fueled. Mission managers then took a simulated countdown all the way to 0, to verify that all procedures will work as planned on launch day.

The topic of the safety review?  It's actually a review of a control system NASA is developing and not specific to Rocket Lab.  It's an autonomous launch abort system.

The Rocket Lab statement also clarified that before a launch window is assigned for their first US-launched mission, NASA will first conduct its final development and certification of their Autonomous Flight Termination System (AFTS) software for the mission. The NASA AFTS, according to its Flight Opportunities webpage, is an independent subsystem for the agency's range safety operations. Using Global Positioning System (GPS) and Inertial Navigation System (INS), it can create flight termination decisions without human intervention. Basically, in the event the rocket swerves off course, the AFTS can issue a termination command to the launch vehicle.

Rocket Lab claims the addition of the new launch facility, officially the Mid-Atlantic Regional Spaceport in Wallops Island, Virginia, gives them the capability to run to 130 launches a year, a rate that nobody maintains.  (Launch Complex 1, on New Zealand's North Island, is licensed for up to 120 flights/year by itself.)  The addition gives Rocket Lab two launch facilities in opposite hemispheres; Virginia and New Zealand.  There's no mention of how much overlap of orbital capabilities Virginia and New Zealand have and if one is markedly better than the other for some orbits, but it gives them more launch capability.

Rocket Lab aims to greatly increase access to space with the 57-foot-tall (17 meters) Electron, which gives small satellites dedicated rides to Earth orbit. Those rides will soon go farther afield as well: Rocket Lab will use Electron and its new Photon satellite bus to send a cubesat to the moon for NASA next year, and the company plans to launch a private life-hunting mission to Venus in 2023.

LC-2 is designed to be a jumping-off point for U.S. government payloads. The upcoming mission, for example, will loft a microsatellite called Monolith for the United States Space Force, in partnership with the Department of Defense's Space Test Program and the Space and Missile Systems Center's Small Launch and Targets Division. 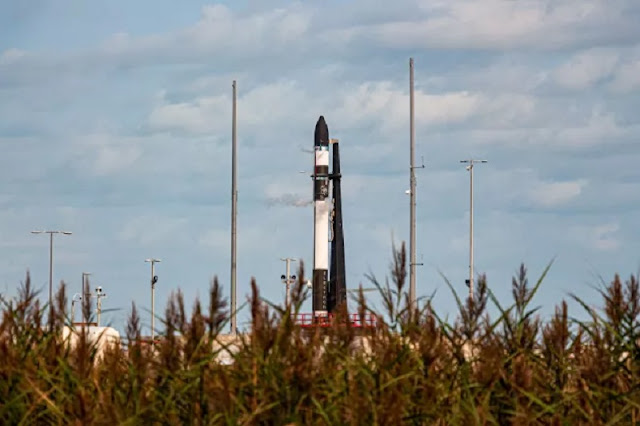 With the emergence of Rocket Lab as leader in the small sat launch sector, and SpaceX offering ride sharing for smaller payloads on its heavier lift vehicles, it's looking to me like the predicted shake out in the small launcher business may be happening by default.  I know there are other companies that are just about there, but it seems to me they'd better be pretty advanced pretty soon to get into that market.