While American news naturally seems to focus on the American private space companies: SpaceX, and Blue Origin are probably the first thought of, but industry giant Boeing and the smaller Orbital ATK have had successful launches as well.

The majority of folks in the US who aren't space geeks probably haven't heard of New Zealand's Rocket Lab, a company with an aggressive plan to lower launch costs, and increase access to orbit with some advanced design concepts (in the space business, whenever they read "advanced concept", they substitute the phrase "high risk").  The body of the their featured booster, the Electron, is carbon fiber, and the engine is a break from the history of liquid fueled engines. 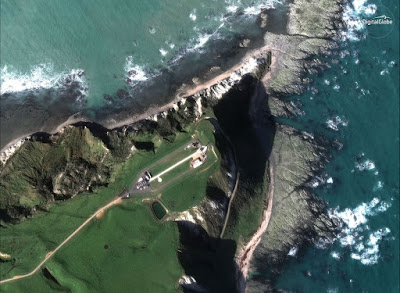 Much as SpaceX's Falcon 9 is powered by 9 Merlin engines, the Electron is powered by 9 engines they call the Rutherford.  Part of Rocket Lab's approach to lowering cost is to 3D print the engine in metal printers; the really new concept in their engine is to replace alternate pumps and tubing on the engine with batter powered pumps.  They claim the print time for an entire engine is 24 hours.  Although that article from Popular Science give me a case of Forest Whitaker eye, they explain:


Rocket engines today more or less follow the same formula. Liquid fuel and a liquid oxidizer combine within a combustion chamber and ignite. Ultimately, it’s this combustion that thrusts the rocket forward. However, feeding the propellants into the chamber is a complicated process, requiring separate turbopumps to transport the liquids at super-high speeds into a high-pressure area. Typically, another engine is needed just to operate these pumps, requiring extra hardware and additional fuel.

But with Rutherford, the engine’s turbopumps get a much more condensed energy source. Instead of running on liquid propellant, the pumps are powered by electric motors with lithium polymer batteries. This eliminates the need for extra spaghetti tubes and valves, which add weight to the engine and are frequently the source of engine failure. The electric pumps then easily combine the oxygen and hydrocarbon fuel into the combustion chamber.

“It’s really only the advancement in battery technology that has enabled us to go to electric turbopumps,” Beck says. “Even three or four years ago, the technology wouldn’t have been sufficient. But there have been enormous advances in a short time period, and now the electric motor is about 95 percent efficient, versus the 60 percent efficiency of the gas motor.”

My main issue with this is that anyone who refers to batteries as "much more condensed energy source" than refined kerosene (RP-1) and liquid oxygen has never heard of the concept of  Specific Energy, the amount of energy in a given weight of fuel.  Since space flight is all about that weight, I'd think batteries are a bad choice.  The best lithium polymer batteries still don't get 1000W*hours/kg; while RP-1/Lox is over 10 times that.  That said, an engine is a system of parts, each with their own design trades and I won't say it's not possible they came up with a way to run the pumps that works for their design.

Unlike Blue Origin and SpaceX, their approach to lowering costs doesn't appear to center on reusing the boosters and more components.  In other words, their batteries and pumps only have to work once, for a few minutes ... with nearly 100% reliability.

Right now, Rocket Lab seems to be several years behind the better known competitors.  They have had one test flight, appropriately enough called "It's A Test", and that rocket was destroyed by range safety once it was about 224 km up (140 miles), which certainly qualifies as being in space.  They say, however, it was due to a radio data link error with one of their contractors and not the rocket itself.


Rocket Lab’s investigation team determined the launch, named ‘It’s a Test’, was terminated due to a data loss time out, which was caused by misconfiguration of telemetry equipment owned and operated by a third-party contractor who was supporting the launch from Rocket Lab’s Launch Complex 1.

This past week was reserved for a second test flight, called "Still Testing".  There were three launch scrubs in the week: an unspecified problem with the booster, one due to weather, and one due to a power fault.  Rocket Lab announced they would not try again until next month, after the start of 2018.

The spread of launch technology to companies like Rocket Lab is one of the great movements of our time.  I'm glad to see it.  Whether or not their plan makes sense is up to the market to decide.  They talk about payloads under 220 pounds into low Earth orbit for $4.9 Million.  You can book a ride on their web page.  Whether or not the market is there is something we'll learn, however my guess is that the lower the cost, the bigger the market.