My reference is to a protest covered here in May of 2010 in which SEIU hired goons showed up at the home of a Bank of America executive to protest loudly outside his house.  There were reports that the thugs were escorted by police, or at a minimum, the police were not willing to do anything to stop them.


The banker whose home was attacked had been at his child's baseball game.  Another, older, child was at home terrified and had locked himself in the bathroom.  Picture yourself in this situation; your child is home afraid and needs to be protected.  You're with a child that you just can't leave to fend for himself either, what do you do?  You don't have backup.  You aren't  a professional security guy or special forces operator.  You're a dad with two scared kids, and you're probably pretty scared yourself.

Dad parked some distance away, left the younger kid in the car and managed to force his way into the house.  Got older kid and escaped.  All was well.

The Net Neutrality protests crossed this Rubicon last week when protesters showed up at the home of FCC Chairman Ajit Pay, calling out his children by name and threatening them all with injury or death.  Dollars to donuts nobody protesting understands net neutrality, which is too complicated to put in a five second chant.


Pai is now flanked by a Homeland Security protective detail everywhere he goes because of a deluge of specific, credible threats of violence toward him and his young children. He's also facing an onslaught of racist smears and attacks too obscene to quote – including an image asserting that Pai is Osama bin Laden after shaving his beard.

Members of Congress are coming under similar attack for supporting Pai's signature proposal. The most outrageous example resulted in a criminal indictment after Congressman John Katko received a message threatening: "I will find you and your family and I will kill you all. Do you understand? I will literally find all of you and your progeny and just wipe you from the face of the earth."

Death threats over arcane FCC rules? I think it's time to say, "Srsly?  WTF?  Why the rage over some law that hasn't really been in place more than a couple of years and was illegally passed to start with?"  In addition to not bothering to follow the Administrative Procedures Act that they're required to follow, starting in 2010 the Congress told the FCC they didn't have the authority to pass these rules.  In true Obama administration fashion, FCC Chairman Julius Genachowski did it anyway.

Look, the Internet has been around since the late '80s/early '90s.  In the intervening 27 years, I've gone from accessing with a 14.4 kbaud dial-up to a 50 Mbit/second cable rate with no federal intervention.  The number of people connected is probably 10 million times the number connected back then.  Sounds like the market is working pretty well.  I think I remember hearing about the Net Neutrality concept in the '90s.  Seems like we did OK without it.  Quoting from the Townhall article linked above:


Nonetheless, in 2015, ultraliberal advocacy groups (fueled by $196 million from the Soros and Ford Foundations) and Silicon Valley giants like Google (which cycled a shocking 250 personnel through the Obama administration and saw regulating ISPs as a way to guarantee themselves access to below-market-rate downstream bandwidth) succeeded in getting the FCC to reclassify ISPs as regulated public utilities.

This was done under a Depression-era law designed for the old Ma Bell telephone monopoly. Thousands of requests to micromanage every aspect of the Internet piled up at the FCC Enforcement Bureau and the commission was set to adopt a sweeping new broadband tax to replace the private investment it scared off – with strings attached of course – during a Hillary Clinton administration.

The liberal organizers of the phony scare campaign had even bigger plans; Robert McChesney, the founder of Free Press – the group that was cited 46 times in the Obama net neutrality order – openly bragged: "At the moment, the battle over network neutrality is not to completely eliminate the telephone and cable companies. We are not at that point yet.  But the ultimate goal is to get rid of the media capitalists in the phone and cable companies and to divest them from control." [emphasis added - SiG]

"Free Press"?  Like most Marxist organizations, Free Press is dedicated to the exact opposite of what its name implies; they don't want a Free Press, or Free anything; they want government-run press.  Think Pravda and Izvestia of the old Soviet Union and you're right there.

Somewhere else on line, I noticed a statement from Borepatch who I consider a pretty well-informed guy, saying that fully 50% of traffic on the 'net is from two services: Google (mostly YouTube) and Netflix.  The Foundation for Economic Education adds:


Net Neutrality had the backing of all the top names in content delivery, from Google to Yahoo to Netflix to Amazon. It’s had the quiet support of the leading Internet service providers Comcast and Verizon.  Both companies are on record in support of the principle, repeatedly and consistently, while opposing only Title II which makes them a public utility – a classic "have your cake and eat it" position.

The opposition, in contrast, had been represented by small players in the industry, hardware providers like Cisco, free-market think tanks and disinterested professors, and a small group of writers and pundits who know something about freedom and free-market economics.
...
Here’s what’s was really going on with net neutrality. The incumbent rulers of the world’s most exciting technology decided to lock down the prevailing market conditions to protect themselves against rising upstarts in a fast-changing market. The imposition of a rule against throttling content or using the market price system to allocate bandwidth resources protects against innovations that would disrupt the status quo.

I can hear some people saying they figured Netflix and Amazon would want Net Neutrality but why Comcast and Verizon?  The answer is what the FEE says in that third paragraph, the same answer whenever you see industries lobbying congress over rules that cost them money: they're big so they can afford the expense much better than a smaller startup so it prevents competitors coming up and challenging them.


For established firms, a rule like net neutrality can raise the costs of doing business, but there is a wonderful upside to this: your future potential competitors face the same costs. You are in a much better position to absorb higher costs than those barking at your heels. This means that you can slow down development, cool it on your investments in fiber optics, and generally rest on your laurels more.

But how can you sell such a nefarious plan? You get in good with the regulators. You support the idea in general, with some reservations, while tweaking the legislation in your favor. You know full well that this raises the costs to new competitors. When it passes, call it a vote for the “open internet” that will “preserve the right to communicate freely online.”

If you're Google, Amazon or Netflix, the last thing you want is some garage-based innovator to have a level playing field and become a threat.  Can't happen?  Remember MySpace?  Remember Archie, the first search engine?  Too far back?  Then do you remember Altavista?  Lycos?  Kids, ask your parents.  Google was a startup from a couple of precocious college kids; at some level they have to know that if they do get knocked off their throne it will be by a couple of kids like they were.  They want to prevent that and Net Neutrality may be a part of keeping their throne.

Looked at this way, Net Neutrality is probably the ultimate bait and switch; the ultimate con game.  People think they're going to get ultimate streaming rates for everything every time, but nobody can do that without spending tons of money on infrastructure.  The big ISPs can do something but they don't have to knowing that startup technologies will never take their tidy little profit away if they managed the government well enough.  Marxists like Robert McChesney of Free Press, and George Soros will get their wish of destroying the "capitalist media", and the useful idiots protesting or threatening murder for net neutrality get their little government teat to suck on, since they think if the wise and wonderful gubmint is in charge everything will be wonderful.  Everybody's happy except for the people who understand and value free and open markets - meanwhile, development of the Internet slows and the expression "Internet Speed" goes away.  As Ajit Pai said in 2015 (quoting Emperor Palpatine from the Star Wars universe), “Young fool … Only now, at the end, do you understand.”  At the moment, Pai is standing up for a return to free and open markets.  It is, after all, what voters seemed to vote for when they gave power to Trump and the Stupid Party. 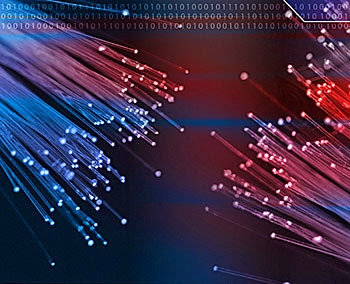 As I've said before, you have to admire the way the left controls the message.  Ask any typical person and they'll reflexively say the idea is wonderful because the ISPs are screwing us and want to slow all our net feeds down because they're evil.  Pissing off your customers is such a successful business strategy.  I see similar arguments like this from people claiming to be in the industry, so they must not understand the business aspects.  There never seems to be the thought that the market brought them the continuously improving and faster computers, tablets or phones, and that the same market is also continuously trying to build out faster and faster internet infrastructure.  There never seems to be the realization that the heavy hand of government could grind that to a halt.  There never seems to be a realization that the reason they're pissed at their ISP is exactly because their ISP is a state-regulated utility.  No recognition of any of these at all.

Posted by SiGraybeard at 4:52 PM