Alabama and Two Cents Worth

We'll know soon (possibly by the time I finish writing this!) what becomes of the Alabama special election for senate.  The talking head consensus is that Moore would be 10 to 20 points ahead of the Evil Party guy if it weren't for the last minute allegations of sexual impropriety.  I haven't been completely quiet on this topic, but what I have written has been in comments to other people's blogs.  It doesn't matter.  I don't live in Alabama.  I don't even live in the Florida Panhandle, a placed called "LA" for Lower Alabama.  It's just part of my approach to politics.  I don't claim the ability to see the future.

Years ago, I made the conscious decision to ignore political advertising within the last month or two before the election.  It might have been 2004 but it might have been before that.  Remember the Dan Rather report on the W in the closing months of the 2004 campaign?  Briefly, Dan Rather did an expose' on the time George W Bush spent in the Air National Guard.  The problem was that it was made up, mainly by a Democrat activist blogger.  It was supposed to destroy W's credibility, but there were multiple problems with the story that came to light.  The scandal concluded Rather's career on CBS and forced him into retirement (although he still has small gigs in other places).

Last minute attempts to nuke one's opponent have become known as an October Surprise, although that one started in September.  There simply isn't enough time available to reach a conclusion on the allegations, and that applies here in the case of Roy Moore.  Because of that, in my mind the burden of proof is entirely on the person or group that makes the allegation.  It shouldn't be the duty of the accused to prove their innocence.  An October Surprise is a political strategy for the same reason attack ads are: they get candidate to stop talking about their message and address the attacks.

We're on a dangerously slippery slope here.  When allegations came out about Harvey Weinstein, Hollywood reporters could almost instantly call up videos of award shows with actors and actresses joking about Weinstein's behavior.  There were police recordings where a young actress was wearing a wire and we could hear him.  When allegations came up about Al Franken, it was easy to find the photographic evidence of him grabbing Leeann Tweeden while she slept during an airplane flight.  Those lines of evidence are more solid than anything I know about Roy Moore.

Call me old fashioned, but in serious accusation like pedophilia, I believe "innocent until proven guilty".  I use italics because that's a legal standard of "beyond a reasonable doubt in a jury of peers".  It has been explained to me as "over 90%" sure.  (Caught in the act is justifiable homicide in my book).  In civil cases, we often hear of "preponderance of evidence", which means 51% sure.  We have nothing but hearsay in this case; all that's needed for that to happen is that the campaign finds an "actress" or someone willing to make the claims for enough money.

Why should I believe that someone bringing up something like this 40 years after the fact is credible at all?  This guy has been in public life almost 40 years and the biggest objection to him has been that he has too Biblical a worldview. Supposedly he did all this crap 40 years ago and no one anywhere had heard of it?  It never came up in another election?

Then one of his accusers forges a copy of Moore’s secretary’s signature on some document into a yearbook, where she undersigned her initials (DA) to show it wasn’t him and some idiot thought it was Moore signing it as District Attorney.  Even though he wasn't even the District Attorney at the alleged time.  This is an stunningly stupid forgery; it's like being offered a Roman coin marked "100 BC", but it is Gloria Allred, so not surprising.

Sorry, my bullcrap filter is clogged and has to be cleaned out.

There is a frequently rumored tape in circulation of a Democratic Strategist offering $200,000 to women to make up charges against Trump.  It's said that Trump has been given a copy of the tape.  If the standard isn't proof, and isn't even "preponderance of evidence", it's simply "she said", do you have any doubt "pay for say" is going to happen?  If Jones wins, it only gets worse.

October Surprises work for the same reason attack ads work:  stupid voters.  First off, they force the candidate to get off their message and address the accusations.  In effect, these attacks force them to advertise for their opponent.   Second off, if you hear "where there's smoke there's fire" remind them that the military uses smokescreens all the time to hide things, and there's no fire.  Simply, if October Surprises work, you'll see them every election cycle everywhere.  We'll eventually see the most outlandish accusations you can imagine. 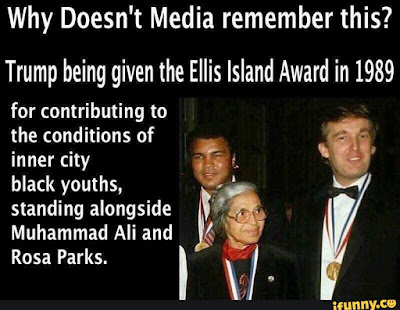