With the senate on the verge of going home for the year and ending the session, it looks like the Concealed Carry Reciprocity bill has successfully been killed off by the swamp.  The last I heard, mid-afternoon, was that the House was going to pass a "continuing resolution" to stave off the imaginary debt ceiling and then go home.

The House's version, the Concealed Carry Reciprocity Act of 2017, HR38 (pdf version) and the Senate version, S446 are both left hanging.  The Senate version was pigeonholed last January, and the House Bill had the "Fix NICs" bill, HR 4477 stuck onto it a few weeks ago.

Gun writer Alan Korwin, who writes under the name "the Uninvited Ombudsman" takes a look at the monstrosity the House bill was turned into in his weekly Page Nine mailing.  As you'd expect, when you don't watch every step of how the sausage is being made, the unscrupulous are sure to mix some turds into the law to make sure it's ineffective or just not passed.  Add to that the appalling lack of knowledge of firearms we typically see elected officials displaying and you can imagine the bill can get messed up.  Korwin lists a lot of things that might make you say "is that the best you can do?" For starters:
Korwin argues that the last sentence there is changing the definition of handgun. Not only is a magazine a handgun, but the ammunition is a handgun.  That could argue a loaded 15-round magazine would be 16 handguns under the House bill.  I think they were trying to say that a magazine loaded into a handgun is just part of the handgun, but that doesn't look like what they actually say.  If you carry a spare magazine with 15 rounds in it, are you carrying one gun or 17?

He also posits that the first sentence means the STATE (think New York or California) could say its roads are state property and gun-free zones.  That would elevate violating those laws to federal offenses. Any state is free to establish any gun-free zones they'd like to have, and now those are federal gun-free zones.

It seems to be a giant escape clause for the anti-gun states.

What seems to be clear is that all Federal lands will be covered by reciprocity.  From the text of HR 38, the following are covered by this law.  As long as you can get to them on state roads:

In overview, there's a lot to like about the law. It's intended for just what it says: concealed carry permits recognized like drivers' licenses are.  If you carry a concealed weapon and have a photo ID, that's all you need.  Constitutional carry is supported.  Freedom from spurious search by LEO, including fines for departments that don't obey, is also in there.  If they could clean up some of this confusion about guns, magazines and ammunition, that would be better.  If they could ensure that states can't declare every road in the state a gun free zone it would be fantastic


Every two years the AG must assess whether Fix NICS has “resulted in improvements in the system established under this section.” Improvements measured how? It’s not defined.

Of course the AG will say they're doing great!  As long as there are no standards to define "improvement", they're always getting better.  I don't know, maybe not if they can request more money to get more better.

As I started out saying, it appears the bill is dead. With congress gone for the year, it looks like it's moot to talk about.  Just like the hearing protection act, and the other gun laws that were eagerly looked forward to, it's dead.  Better luck next year. 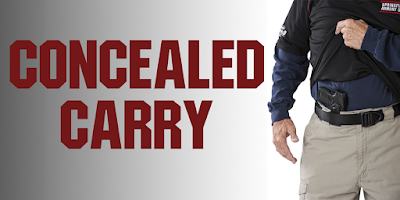 (image from my homies at Springfield Armory.  I figure with all the SA guns around the house, the least they can do for me is let me use this picture)