Who Had Florida Earthquake On Their 2020 Card?

We don't get many earthquakes in Florida, but today brought a quake to the part of the Florida panhandle referred to as L.A. - Lower Alabama.  The L.A. earthquake was originally rated at Magnitude 4.0, but was downgraded to 3.8 on closer examination. 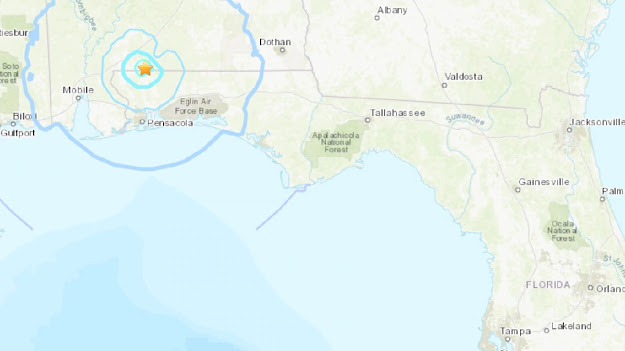 They also refined the location to just over the Alabama border, but it's essentially on the Alabama/Florida state lines.  The nearest city in Florida is Century, while the nearest city in Alabama is Flomaton.  The same area has had 10 quakes in the last year, all of them weaker than this morning's.

While there was no reported damage or injuries, according to the Escambia County Sheriff’s Office, hundreds reported feeling the quake. It occurred more than 6 miles beneath the surface, according to the Geological Survey, and was the first of the year in the state.

Florida is a big state, and can really be thought of as three different states: the very southernmost part from the keys through around Lake Okeechobee, the central part from there up to around where the Suwanee river meets the gulf coast, then the panhandle area that stretches 370 miles east to west.  The western part of the panhandle is on Central time; the dividing line is west of Tallahassee, close to the west side of the Apalachicola Forest.  I've never been near Century or Pensacola, but even from here on the central east coast, that's got to be about a nine hour drive.

Nobody was hurt and no damage was reported, but it still brought this to mind: 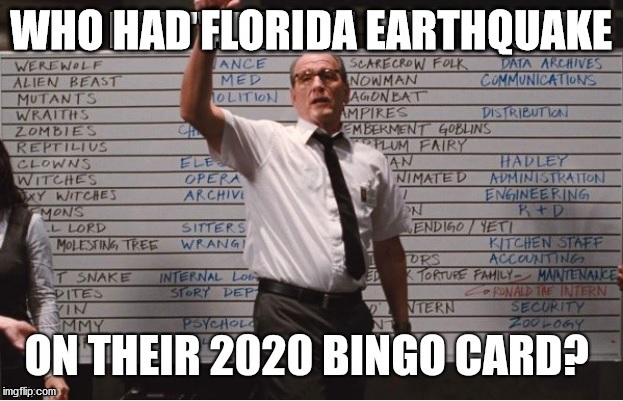