As I expected, last night's presidential debate was "full of sound and fury, signifying nothing" to quote the bard.  Everyone sees what they want to see.  Like the famous ink blot test, each person interprets the same picture differently.  Biden's fans are convinced he won.  Trump's fans are convinced he won.  We don't know yet what the undecided people truly thought.  In reality, as I said before, I don't think it will mean much.  I note Borepatch has a similar take, wondering why we even have these things any more. 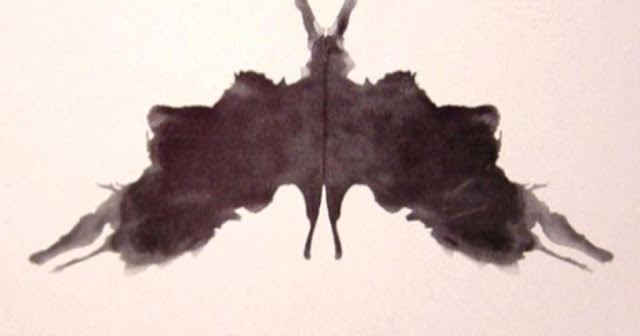 You may see an ordinary moth or the skins of two animals.  I see Mothra.

PJ Media's Matt Margolis points out some aspects of the chatter after the debate in which he argues Biden's team really thinks Trump won.  His main argument goes like this:

Matt Lewis of The Daily Beast, a Never Trumper, concluded that Biden “won the debate” but added the caveat: “If Joe Biden were looking for a pretext to skip the next two debates, he found it.”

If the candidate you support won the debate, why wouldn’t you want them to participate in the remaining debates?

He then goes on to name several other Biden supporters who say essentially the same thing.  Margolis finally says, “You don’t call for your candidate to skip the remaining debates if you think they help your candidate. You just don’t.”  My take on it is this is reasonable if they think their candidate slam-dunk wiped the floor up with Trump.  But what if they're putting on a big show about saying they won while inside they either really think they lost or they think Biden somehow got through by the skin of his teeth and they don't want to take the chance again?  The last thing Team Biden wants is for the idea to get around that Biden can't go toe-to-toe with Trump and therefore isn't strong enough to face foreign leaders.