GiadaTech, a company I've never heard of, made a little news with the release of their model F200, a PC that runs on 5W that's aimed at thin client, digital signage, and industrial control applications.

While clearly not a desktop-class device, compared to hobbyist single board computers like the Raspberry Pi or BeagleBoard, I'd be pretty sure it would hold its own.  Based on an Intel Celeron dual core, dual thread processor running at 1.58~2.16GHz, it's capable of running Linux or one of the Android builds, Windows 7 or 8.1.

The basic version is said to list at $110, but there are many options including HDMI video, SIM card for 3G connectivity, mSATA II drive connections for a Solid State Drive.  It's supposed to be for sale Real Soon Now: "September of 2015", but apparently not tonight. 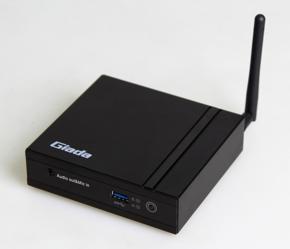