Tales From the Over Regulated State # 18 - Redefining Employment

The National Labor Relations Board issued a ruling that will dramatically impact franchise agreements, and could lead to franchises completely going away.  Franchising has always been based on an independent business model; that is, compared to a company opening another branch or office, a franchisee got the benefit of the name but was essentially an independent business who (for fees) could operate essentially as they wanted.  This ruling turns that upside down.  From PJ Media:


The National Labor Relations Board issued a ruling that revised its “joint employer” standard, making the parent company of independently owned franchises responsible for many labor practices.

The case at issue involved a California Teamsters local who asked the NLRB to declare Browning-Ferris and a staffing agency “joint employers.” The staffing firm, Leadpoint Business Services out of Phoenix, had been supplying Browning-Ferris with temporary workers and the Teamsters wanted the board to recognize the bargaining rights of the subcontracted labor.

Years ago, in my first "supervisor" position, I was sent to a seminar on unions, who were trying to unionize the electronics company I was in at the time.  The saying then (under Jimmy Carter) was, "never assume the NLRB arbitration is fair or objective".  Damn near 40 years later, no real change.

What the NLRB has done here is to say that the franchising corporation is jointly responsible for the actions of a franchisee.  It also means unions no longer need to be concerned with organizing every franchisee in the country (for giants like Burger King or McDonald's); they could unionize entire operations by simply organizing at the "home office".  Rueters reports,


The board, in a 3-2 decision that will likely be appealed in U.S. court, said the existing standard, under which companies had to have “direct and immediate control” over employment matters such as hiring and firing to be considered employers, was outdated and did not reflect the realities of the 21st century workforce.

“We will no longer require that a joint employer not only possess the authority to control employees’ terms and conditions of employment, but also exercise that authority,” Board Chairman Mark Pearce wrote.

The decision means large companies that use a franchise model or staffing agencies will in many cases be required to bargain directly with unions and employees, potentially making it easier for them to win higher wages and better working conditions.
...
Michael Lotito, a lawyer at Littler Mendelson in San Francisco who works with industry groups, said companies will have two main options moving forward: take more control over workers, which would upend existing business models, or back away and risk losing control over brand identity.

“The NLRB has totally upset the apple cart with respect to an understanding over accepted business risk,” he said
...
The decision came as McDonald’s Corp (MCD.N) is facing a series of NLRB cases brought against dozens of its franchisees around the country. The fast food giant has argued that it is not a joint employer because it does not hire and fire franchise workers, and Thursday’s decision may make it more difficult for the company to make its case.

The articles focus on companies like McDonald's and Burger King, but franchising is very wide spread and by no means ends with food services.  There are franchise systems in education, home furnishings,  clothing, oil change chains, gas stations, convenience stores, fitness stores, coaching, tanning salons; essentially "you name it".  When I was about 10 or 15 years younger and contemplating other things to do in life, I considered buying a franchise for a Woodcraft store, so add woodworking stores.

In essence, as the dissenting members of the NLRB said, they've redefined employment.  PJ Media states:


Franchises account for more than $2 trillion of America’s economy. There are more than 800,000 franchises nationwide with more than 18 million employees. All of that is threatened by the ruling of the labor board that seeks to destroy independent franchise business owners.

Why should any business want to sell franchises anymore if they become responsible for everything the franchisees do?  It implies the franchisers will be responsible for (read: subject to lawsuits over) hiring and firing decisions, and possibly every aspect of policies and procedures the franchisees will implement.  If a franchise holder fires an employee, that employee can apparently sue both their "local" boss and the national corporation.  Franchise owners buy franchises as a way to get national name recognition as they start a business while still usually retaining more flexibility over these sorts of mundane policies.  That freedom goes away under this ruling.

This is yet another example of the problem of the effects of government agencies writing law on their own without going through congress.  This ruling will be appealed, but assume for a moment they get a friendly judge and the ruling is upheld.  They've then changed the nature of full time employment nationwide, not just for the 18 million people working for a franchise, but for everyone.  It's impossible to estimate what sort of effect it would have, but one possibility is that full time employment eventually ends. People contract to some business and are self-employed small businesses for their entire working lives.  It's something I think I've seen coming for years. 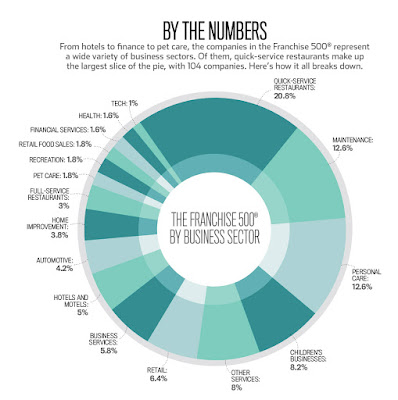 Note to really long time readers: I knew I've done a lot of these "Tales From the Over Regulated State", but since I never started to number them, they were always hard to search for.  I just used the search tool in the upper left to search on Over Regulated and see how many there have been.  This seems to be number 18, so I'll use this number and try to number from now on.