It has been a bit quieter than usual around here, so allow me to explain that Monday night I was doing "something close to nothing" (as Prince once sang) and when I got up, I could feel pain starting in my lower back.  Both Monday night and last night I couldn't sit at this keyboard and type - and that's not exactly strenuous.

Not sure what it is, but it's definitely sore to the touch on the right side, and I think it's muscle soreness, not a bad disk or the bone itself.  Close to the iliac crest.  Standing up and sitting down are the worst things.  Once I'm standing up and past the painful part of motion, I'm OK.  I can move fairly well once I get past that stiffness, but getting upright and moving is really not pleasant at all.  Like everyone, I've had some back pain before, but never missed a lot of work because of it.  I know this means I should be doing more situps and other back-strengthening exercises, but I haven't been keeping up with them, so it's my own fault.

That sort of discomfort tends to focus one's attention, so I haven't been watching the world as closely.   I see more from the Planned Parenthood Shop of Horrors, yet the Senate couldn't come up with a vote to shut down their funding.  I'm beginning to see them as doing the same corrupt tricks as the SEIU and government employees' unions in general.  They give money to Evil party members to get elected and once they're in place, the Evils give the money back to PP.  Each party skims some off the top of the pile; don't worry, you're paying for it.  Of course, this is exactly how the government employee unions work with their cronies in the Evil Party.

Mark Steyn has had some of his usual excellent observations on the Little Shop of Horrors.


If abortion were the respectable medical procedure its proponents insist it is, there would be no such thing as "Planned Parenthood", anymore than there is a Planned Hernia megacorp. We are told constantly that abortion is a very teensy-weensy, barely statistically measurable, all but undetectable micro-sliver of the wide range of "women's health" services Planned Parenthood provides. So it only does an estimated third of a million abortions per year - or about as many abortions as the combined total of half the remaining G7 nations (Germany, France, Canada). It is the single biggest aborter on the planet.

So the "right to choose" has facilitated the rise of a characteristically American racket: a billion-dollar "non-profit" that gets over half its funding from the US taxpayer and pays its eight top executives an average of 300 grand in order to serve as the paramilitary wing of reproductive liberalism. Planned Parenthood is an abortion-industrial complex: America is, alas, the abortion mill of the western world, and Cecile Richards' organization is its Standard Oil, US Steel and American Tobacco combined. Its ministrations fall disproportionately on minority women, so in that sense it is still true to the racist and eugenicist theories of its founder, Margaret Sanger: among blacks in New York City, there are more abortions than births - a grim ratio one otherwise has to go to Russia and its satellites to find.
...
Among developed nations, only America kills on this scale and in this manner. You can't do it and retain your humanity.

I think too much of you, dear readers, to go into details on the false arguments for how much women need PP.  Many sources have covered this information in the last couple of weeks.  I thought a purpose of Obamacare was to provide any service any woman wanted.  We also fund something like 9000 community health centers, several times the number of PP clinics in the country. 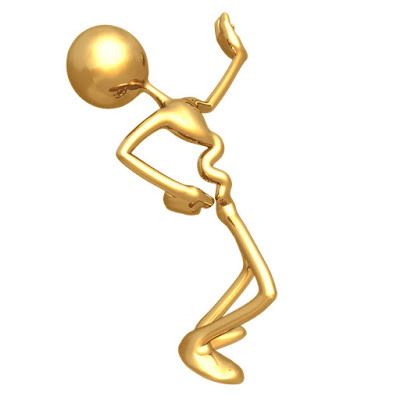