HitchBot?  Despite the "bot" in its name, it's hard to describe HitchBot as a robot.  Hitchbot is an experiment conceived of by a couple of researchers in Canada: David Harris Smith of McMaster University and Frauke Zeller of Ryerson University.  The point of the experiment apparently was to see how people would react to and interact with a robot hitchhiking across the world, part of researching how people and robots could interact.  The concept was that they'd prop up HitchBot somewhere with an idea of where it was supposed to go.  The robot depended on human kindness to be picked up by a driver, placed in their car, driven to the next stop closer, then be put back out on the road  for the next leg of its adventure.

Hitchbot successfully traveled across Canada then to Germany and the Netherlands, but when the child-sized robot was taken to Boston to cross back across America, it didn't make it beyond two weeks in the US and didn't get past Philadelphia, where the little robot was vandalized for parts (anything valuable like copper wiring, I suppose) beheaded, had its arms cut off and was dumped on the side of a road.  Robot murder. 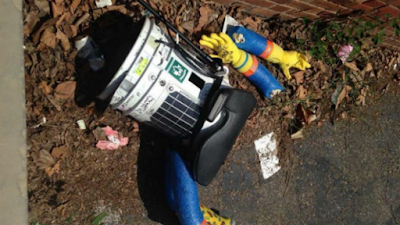 Apparently all that love in the "City of Brotherly Love" doesn't extend to robots.  I guess Robot Lives Don't Matter.

This is a silly little story.  A strange little study that could only be the product of the academic world:


The robot was designed to be a talking travel companion. It could throw out random factoids.

"We want to see what people do with this kind of technology when we leave it up to them," Frauke Zeller, one of the creators and an assistant professor in professional communication at Toronto's Ryerson University, told the AP. "It's an art project in the wild — it invites people to participate."

To be honest, with the first stops being in Boston and then New York, I'm surprised it got as far as Philadelphia. 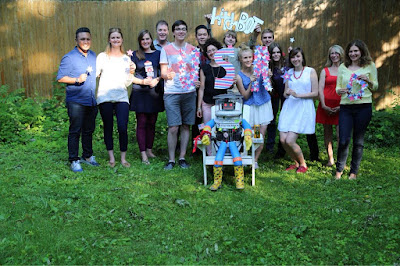 HitchBot in happier days with its "family".  The people who run HitchBot's Twitter feed left this as its final words.


My trip must come to an end for now, but my love for humans will never fade. Thanks friends: http://goo.gl/rRTSW2