Congress Passes the Americans With No Abilities Act

WASHINGTON, DC - On Tuesday, Congress approved the Americans With No Abilities Act, sweeping new legislation that provides benefits and protection for more than 135 million talentless Americans.

The act, signed into law by President Obama shortly after its  passage, is being  hailed as a major victory for the millions upon millions of U.S.citizens who lack any real skills or uses.

"Roughly 50 percent of Americans-through no fault of their own-do not possess the talent necessary to carve out a meaningful role for themselves in society," said Obama, a longtime ANA supporter. "Their lives are futile hamster-wheel existences of unrewarding, dead-end busywork: xeroxing documents written by others, fulfilling mail-in rebates for Black & Decker toaster ovens, and processing bureaucratic forms that nobody will ever see. Sadly, for these millions of nonabled Americans, the American dream of working hard and moving up through the ranks is simply not a reality."

Under the Americans With No Abilities Act, more than 25 million important-sounding "middle man" positions will be created in the white-collar sector for nonabled persons, providing them with an illusory sense of purpose and ability. Mandatory, non-performance-based raises and promotions will also be offered to create a sense of upward mobility for even the most unremarkable,  utterly replaceable employees.

The legislation also provides corporations with incentives to hire nonabled workers, including tax breaks for those who hire one non-germane worker for every two talented hirees.

Finally, the Americans With No Abilities Act also contains tough new measures to prevent discrimination against the nonabled by banning prospective employers from asking such job-interview questions as, "What can you bring to this organization?" and "Do you have any special skills that would make you an asset to this company?"

"As a nonabled person, I frequently find myself unable to keep up with co-workers who have something going for them," said Mary Lou Gertz, who lost her position as an unessential filing clerk at a Minneapolis tile wholesaler last month because of her lack of notable skills. "This new law should really help people like me."  Singer Justin Bieber agreed, saying, "While I'm living proof you can get far in music without a lot of talent, the ANA is really going to help bring lots more acts like mine to the public!"

Lena Dunham, creator, writer and star of HBO's "Little Girls" noted, "I've done well in life for someone without a single shred of talent or abilities, but I know I've found a ways to penetrate a market that not many people can get into.  This law will help the millions of people who have no skills and keep them from becoming competition".

With the passage of the Americans With No Abilities Act, Gertz and millions of other untalented, inessential citizens can finally see a light at the end of the tunnel.

Said Obama: "It is our duty, both as lawmakers and as human beings, to provide each and every American citizen, regardless of his or her lack of value to society, some sort of space to take up in this
great nation." 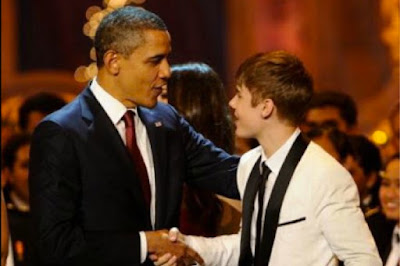 Posted by SiGraybeard at 6:03 PM