Within in the last several days, Sharyl Attkisson was interviewed for the WND News on the emergence of the hype over "fake news".

For those whom the name is unfamiliar, Sharyl is a highly respected investigative reporter, formerly with CBS News, and now doing a show called Full Measure with Sharyl Attkisson for the Sinclair Broadcast Group.  Attkisson won five Emmy Awards and an Edward R. Murrow Award for investigative reporting during her stint as the top correspondent for CBS News from 1993 to 2014. Before joining CBS, she was an anchor and correspondent for CNN from 1990 to 1993.  A few years ago, when insiders leaked details of the Fast and Furious gun trafficking scandal to new media journalists David Codrea of The War Against Guns and Mike Vanderboegh of the Sipsey Street Irregulars (now deceased), Attkisson started covering the story in reports on CBS.  This marked the only time the broad public was exposed to this story of the US administration running guns to the Mexican drug cartels in order to smear American gun owners, and attack second amendment rights. After CBS stonewalled, delayed and threatened her over her coverage, she resigned from the position she held 20 years.


Years ago, Attkisson noticed the emergence of what is now called fake news, only she called such stories by their traditional name: a smear. The reporter began researching the topic in earnest, and the result is her new book, coming out on May 22, 2017, titled “The Smear: How Shady Political Operatives Control What You See, What You Think, and How You Vote,” .

For example, she noted early on the development of a narrative story that swept the news media alleging "white nationalist" ties to the Trump campaign.  “The white nationalist stuff came up through a pro-Hillary Clinton group run by David Brock (founder of the liberal group Media Matters) called Blue Nation Review. And they wrote like six articles in five days that were all about alt-right, white nationalists, racists, stuff like that.” she says.


She described how, on Aug. 15, the “collective David Brock propaganda groups begin a theme and meme of Trump and his supporters as ‘white nationalists.'”


Attkisson is quick to point out that there are many sources trying to manipulate what gets on the news: not just the two major parties but groups like Media Matters, corporations, public relations firms, think tanks, nonprofits; a whole cottage industry that’s built up around manipulating the media.  Anyone who can throw a press release on a letterhead and find the contact information for the major news outlets is suspect; which is to say anyone that can buy a mid-grade computer and - maybe - a fax machine.

WND pours praise on Attkisson, repeatedly calling her a superstar reporter, and while she uses a lot of the space to tease her coming book, at heart she is the kind of old school journalist we grew up thinking they are, or should be.


“I was always told in journalism school that if someone hands you a press release, whether it’s from the government or a corporation, it’s almost never news. It may be a starting point for something to look into, but in itself it’s not a story. That’s what they want you to think. And it’s your job to figure out the truth, and not to be used just report something that someone’s trying to slip on your plate.”
...
“Me? I look for stuff that other people try to keep me from seeing. I seek that stuff online. Because that’s where I find some stories. And, occasionally, I do find truth in these places where they don’t want you to look. Or where they are trying to marginalize stories and make them controversial.”

“Part of the directive on how to find out if something is fake news, is a narrative is that if it’s not in the Washington Post or New York Times, or Snopes says it’s a myth, you know not to believe it.

“Well, all those sources, in my view, can be suspect. And Snopes especially has been incorrect, factually incorrect, on a number of topics. So the very places some people have directed us to, to get the truth, are the very places where I think I wouldn’t necessarily look for it.

“And I think that’s a danger.”

Attkisson's perspective is that this whole "fake news" meme, itself a product of the industry that manipulates the news media, is an attempt at censorship and to further centralize control.


Attkisson observed, “These people who consult with political operatives or corporate interests, they are going to be the ones to censor our news? And tell us what truth is? And even when that truth is more a matter of opinion or not even fully known?”

“You know, they used to say cigarettes couldn’t cause lung cancer. So, theoretically, a story or study that said otherwise wouldn’t show up on your Google search today, because that had been determined at the time not to be true.” 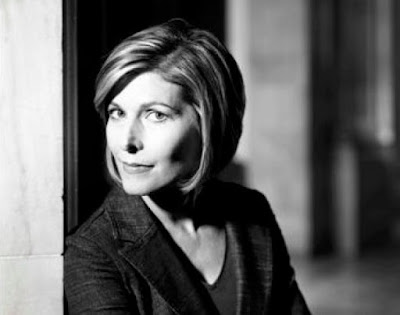