I must admit to feeling like I'd been gut punched on hearing of the rather untimely passing of Bob Owens to an apparent suicide - not that there's ever a "timely".  I just don't expect it in someone almost 20 years younger than I am. 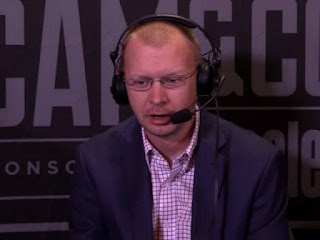 No, I didn't know Bob.  I never spoke with him, never texted; I don't Twitter and I killed my Facebook account a couple of years ago.  I only know him from reading his writings on Bearing Arms and seeing him on TV a few times.  Still, like I remarked about feeling affected when Carrie Fisher died, for some reason I got to feel like I knew him.  Perhaps the writing style, the subject, those indefinable somethings that come across as personality.

It's always sad to see someone feel so desperate in life that they feel that's the only reasonable answer (if, indeed, it's what it appears).  I feel terrible for his wife and kids.  His co-editor at Bearing Arms, Jenn Jacques, seems to have been hit pretty hard as well as you might imagine.  People who have had a family member or close friend take their own life often have a hard time with it and it can spread in a family.

It's particularly nauseating to read the comments on Breitbart from the anti-gun forces.  Miguel at Gun Free Zone captured some of the disgusting comments from the CSGV.  It's a given that they will dance in the blood of any tragedy involving a gun, but it's particularly disgusting today.