WTF, Tillerson? I Thought You Were Sane

From Watts Up With That,


U.S. Secretary of State Rex Tillerson signed his name Thursday to a document that affirms the need for international action against climate change, adding further uncertainty to the direction of climate policy under the Trump administration.

The document, signed by Tillerson and seven foreign ministers from Arctic nations meeting this week in Fairbanks, Alaska, says the participants concluded their meeting “noting the entry into force of the Paris agreement on climate change and its implementation, and reiterating the need for global action to reduce both long-lived greenhouse gases and short-lived climate pollutants.”

Called the Fairbanks Declaration, the document says the leaders signed it “recognizing that activities taking place outside the Arctic region, including activities occurring in Arctic states, are the main contributors to climate change effects and pollution in the Arctic, and underlining the need for action at all levels.”
…
After vowing that the U.S. would “continue to be vigilant in protecting the fragile environment in the Arctic,” Tillerson said this about current U.S. climate policy:

“In the United States, we are currently reviewing several important policies, including how the Trump administration will approach the issue of climate change. We’re appreciative that each of you has an important point of view and you should know that we are taking the time to understand your concerns. We’re not going to rush to make a decision. We’re going to work to make the right decision,” he added, pausing ever so briefly before ending with the phrase, “for the United States.”

Before a bunch of you start up with, "the parties are both the same":  (1) I've said that more times than it's worth linking to, and (2) the only thing Trump had going for him was that he was an outsider and he hired a guy like Tillerson who was an outsider - screamed at by the left because he was from Exxon and was supposed to be sane.  Some outsiders, huh?

What we see in the Trump administration is what I always thought would happen with a third party president.  Both parties and the deep state apparatchiks organize against him and prevent him from doing anything.  Yes, he has accomplished several nice things, but they're almost all executive orders, and while I think the fewer of those the better it's looking like the only things he'll get done are by executive orders.

Eric Worral, the author at Watts Up, concludes with:

While the Paris Treaty Agreement was never formally recognised as US Law, the advice of the White House counsel is that it could still impact the decisions of US courts when considering vexatious legal challenges to oil and gas drilling activities brought by environmental activists. 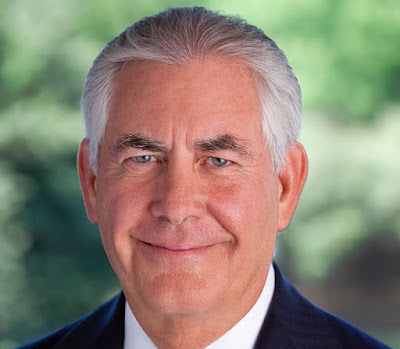 Posted by SiGraybeard at 1:05 PM