Such was the case for Jacob Kosinski of Charleston, South Carolina.  Of course, you'll know that you've made that grade before the graduation, and his family, some from out of town, came to his graduation and party.

His mom ordered a special graduation cake from her nearest Publix, which lets customers build their own cakes complete with a customized inscription, which they enter into a little message box. 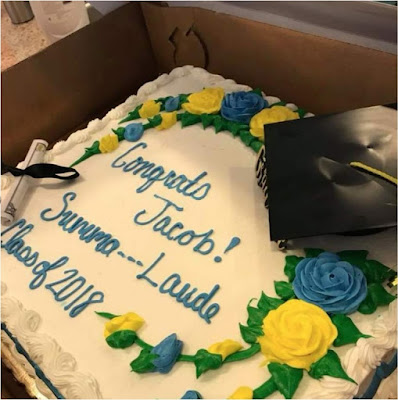 Publix offered to re-do the cake, but it was too late for that, so they gave her a $70 refund for the cake and a store gift card.  Jacob, for his part, is getting ready for college in the fall.