The Financial Attacks on Gun Owners

While there have been lots of stories about Citicorp and Bank of America curtailing or ending funding for gun manufacturers, the financial attacks on the legal commerce in firearms are bigger and more wide ranging.  They have the potential to be a serious problem.

I'm not talking about the same thing Peter, Bayou Renaissance Man, and Zero Hedge talk about: about credit card companies getting involved in micromanaging purchases.


[S]ome banks and credit card companies are now considering a more permanent move that would transform them into foot soldiers in the deep state's push to create a register of all gun owners. The Wall Street Journal [paywall warning] reported Monday that some lenders are now discussing ways to identify purchases of guns through their payment systems. This would effectively transform them into tools of the intelligence services by monitoring virtually all gun sales at sporting goods stores and other merchants that aren't transacted in cash.

What I'm talking about is how New York Governor Cuomo is pressuring the financial institutions, which have large presences in New York City, to have nothing to do with gun makers, gun sellers, the NRA, insurance or anything related to guns.


Cuomo, a Democrat seeking a third term as governor, says he wants “every individual, company and organization that does business across the state” to make gun safety “a top priority.”

To that end, the state Department of Financial Services Commissioner Maria Vullo, a Cuomo appointee, on April 19 urged the banks and insurance companies regulated by her agency to sever any ties they may have with the National Rifle Association and similar groups.

The Blaze has a more complete quote from Cuomo:


“New York may have the strongest gun laws in the country, but we must push further to ensure that gun safety is a top priority for every individual, company, and organization that does business across the state … I am directing the Department of Financial Services to urge insurers and bankers statewide to determine whether any relationship they may have with the NRA or similar organizations sends the wrong message to their clients and their communities who often look to them for guidance and support. This is not just a matter of reputation, it is a matter of public safety, and working together, we can put an end to gun violence in New York once and for all.”

Although it's often cited as aftermath of the Parkland shooting, Chubb Insurance informed the NRA they would no longer issue the NRA's Carry Guard Insurance three months prior to Parkland.  Business Insurance magazine (previous link) says the New York Department of Financial Services launched an investigation into Carry Guard last year.  That implies New York has been at this for a while and it has nothing to do with Cuomo's campaign or any specific event.  Chubb appears to be a subcontractor to Lockton Affinity in Carry Guard.  Lockton Affinity Insurance told the NRA they would no longer sell any insurances that they previously sold for the NRA - which I find strange since I just got my bill for my NRA firearms insurance renewal as if everything was the same as always.

I think everyone pretty well recognizes that a typical manufacturer can't do business without a banking partner and that short to longer term loans are part of their world.  I'm optimistic that other banks and other insurance companies will step forward to make the money these companies are giving up, but that doesn't mean there can't be interruptions and difficulties.

For individual buyers, though, it seems that buying on a credit or debit card could go through periods of trouble.  Our state just passed a law prohibiting long gun sales to 18-21 year old buyers, and that's what Citicorp and BoA have passed as their new regulations.  I suggest that if you're in that age group, live in a state where you can buy one, and would use one of their credit cards to buy your long gun, take out a cash advance.

All that said, and always remember IANAL, I think that banks like BoA and Citigroup, that are recipients of tons of taxpayer dollars, should be required to respect the civil rights of all people.  Maybe we should push on our elected officials to remind them of that.  Wells Fargo CEO Timothy Sloan famously said, "We don’t think it’s a good idea for banks to decide what products and services Americans can buy,"  Around the same time, Visa issued a statement saying, “We do not believe Visa should be in the position of setting restrictions on the sale of lawful goods and services.”

Make no mistake, there are tons of people on the anti-gun side who think that destroying gun sales this way is completely right and they're mad at Visa for not trying to shut off gun purchases.  They have no problem destroying the gun business By Any Means Necessary.  It's not just New York and not just the NY Times; even Arizona Central puts up an editorial praising Dick's Sporting Goods and attacking Visa for not stopping sales of guns. 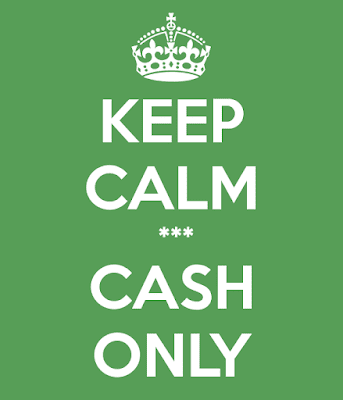