A Year After Parkland Shooting, Florida Students Are No Safer

That's the conclusion of the Chairman of the Marjorie Stoneman Douglas High School Public Safety Commission, Pinellas county Sheriff Bob Gualtieri, who says the various school districts around the state "have no sense of urgency in making our schools safer".

I don't want to act like I think it was a difficult prediction on my part, but I nailed it last March.  After then Florida Governor Rick "Voldemort" Scott signed the mess formerly known as SB7026 into law, I had said that there are ways around the good features of the law but not the bad ones, so nothing good would happen.


The strongest feature is the Coach Aaron Feis Guardian Program, which allows people who work on school property to carry concealed.  As bonus, the volunteers get to take 132 hours of classroom and range training to get better at their new role as marshals. ... The bad part of this is that a late compromise took teachers out of eligibility for the program, so in effort to say, "we're not arming teachers", they took away the teachers' right to defend themselves.

The way around it, though, is that the local school district and sheriff's department can decide not to allow the program. In a county as sapphire blue as Broward, what do you think the chances are the Sheriff Israel will allow it? A sheriff known for chumming around with Hillary and Obama - before he was known for assigning responding officers to "wait outside while students died". You know how it goes, there's two chances: slim and none, and slim already left town.

It seems statistically hard to come up with any organizations as unlikely to take responsibility for anything as local school boards.  Want to guess how many school districts have decided to take advantage of the Guardian Program?  How many added specially trained security forces?  There are 67 counties in Florida; I'm not sure it's always one school district in a county, but there's at least one per county so it's a good approximation.

What the law and the school districts have done for Florida schools is to recreate the exact same solution as that of Broward Schools on that horrible day in Parkland.  MSD High School had one armed person, the deputy who single-handedly changed the name of his department to the Coward County Sheriff's Department, the deputy who refused to engage while the shooter was killing students under his guard.  One officer isn't adequate for a campus that big to start with; this officer just made the bad situation worse.


Gualtieri asserts that widespread use of the guardian program as authorized by the law would mitigate deputy shortages being faced by most sheriffs’ offices around the state.  He also noted some Sheriff’s Departments are refusing to train school personnel as allowed, but apparently not mandated by the law.  He wants the legislature to mandate that training should a school board adopt the guardian plan.  That makes sense and is just one example of the flawed thinking of the legislature as they quickly reacted to have something in place by the end of the last legislative session. [BOLD added: SiG]

It's hard to look at this and think that any progress has been made.  It's hard not to conclude that Parkland isn't the tiniest bit safer than it was last Valentines Day. The same goes for virtually every school in the state.  You know it's going to happen again because nothing has been done to keep it from happening again.  Somewhere, some psychotic teen is dreaming of how they're going to rack up the highest body count anywhere and knows just where to find the unarmed, unprotected victims: right in the gun free zone where they're always found. 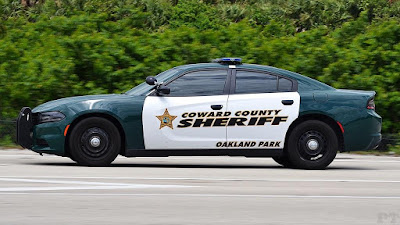