This story seems to have gone by without comment anywhere, but I think it's worth noting in the war on Western Culture.  Columnist Brianna Heldt at Townhall writes that  the American Psychological Association (APA) has decided that being a "traditional man"; that is, filling the traditional role of husband, father, provider, defender and so on is now considered equivalent to a mental disorder.


For the first time ever, the APA has issued a set of guidelines for how to approach men and boys, specifically, within a counseling practice. The new APA protocols for mental health professionals working with men and boys--released in August and available to read in their entirety in a document titled APA Guidelines for the Psychological Practice with Boys and Men--were recently summed up on the APA’s website by the statement that “research finds that traditional masculinity is, on the whole, harmful.”

“The main thrust of the subsequent research is that traditional masculinity—marked by stoicism, competitiveness, dominance and aggression—is, on the whole, harmful,” the January article from the APA goes on to read. “Men socialized in this way are less likely to engage in healthy behaviors.”


“What is gender in the 2010s?” asked Ryon McDermott, PhD, a psychologist at the University of South Alabama. McDermott helped write the new men’s guidelines. “It’s no longer just this male-female binary.”

According to McDermott, boys and men identifying as gay, bisexual or transgender face higher-than-­average levels of hostility and pressure to conform to masculine norms.

It sounds to me like Dr. McDermott doesn't understand the meaning of the word average - at least he seems to be using it wrong.  This is probably too far into the weeds, but he's comparing two different groups, one much larger than the other and facing much less pressure, and saying the smaller group gets more than average - not that they get more than the bigger group.

By analogy, what Dr.McDermott is saying is that bald men face more bald jokes than men with a full head of hair, therefore we need to redefine a normal amount of hair downward so nobody hears bald jokes.

Besides, saying the group farthest from those ideals gets more pressure to conform to them doesn't say those norms of masculinity are harmful.  Pressuring the slowest guy running from the fire to go faster isn't harmful, you might be saving his life.  To insinuate those masculine ideals are harmful, the APA trots out some questionable statistics and says "we need to save men", apparently by turning them into women.

Heldt at Townhall links to American Conservative writer Rod Dreher who does a more thorough fisking of the APA article.  The easy summary is:


To be fair, it’s not all PC codswallop, but given the social justice warrior jargon throughout, I suspect this is mostly about psychologizing the gelding of American males. I do not trust Ryon McDermott, PhD, to decide what is and is not healthy masculinity.

Dreher takes the APA to task for blaming things on "men" that by and large appear to be caused by specific groups of men, which automatically should lead to the consideration that gender might not be the cause.  For example, the APA says "men commit 90 percent of homicides in the United States and represent 77 percent of homicide victims." which hides the fact that black men commit murder at a rate eight times higher than white men and four times the national average of all races, yet gender is the problem and not other (cultural, perhaps) reasons?  On the other hand the APA says men are 3.5 times more likely to commit suicide than women, but again overlook the strong tie to "other" explanations.  In the case of suicide, white men are at the greatest risk, 6x higher than black men, and particularly middle-aged, working-class white men.  If the risk isn't the same (or very similar) across all groups of men, why do they blame it on their gender and exclude other factors?

The APA is sloppy with their statistics; in fact, it just looks like sloppy thinking.  That makes their work far less credible.  This comes across as Soviet Science.  The party has said the new gender ideology is backed by Science!.  If you disagree you're clearly insane. 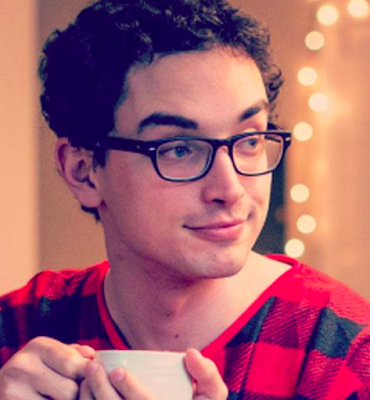 Pajama Boy - you remember him - the APA's new ideal for American masculinity.  Idea from Dreher.