You don't have to search very hard to find stories of electric cars catching fire.  Unlike gasoline, which is pretty stable in bulk liquid form (but as explosive as can be as vapor), batteries have a problem with thermal runaway during operation.  Preventing a full thermal runaway condition is the focus of a lot of engineering effort.

I can imagine some you saying, "Wait... what's thermal runaway?"


Each cell in a lithium-ion battery contains a flammable liquid electrolyte. If the cell short-circuits, the electrolyte can combust; pressure in the cell then rapidly climbs until the cell bursts and vents the flammable electrolyte.

Temperatures of the ruptured cell can increase to above 1,832°F (1,000°C). The rapid and extreme rise in temperature (thermal runaway) can easily propagate to nearby cells in a domino effect that has been dubbed thermal runaway propagation.

Thermal runaway generates smoke, fire, and even explosions. Occupants need as much time as possible to escape the vehicle if it happens.

As the number of electric vehicles continues to grow, the number of fires is going up.  I did a piece about burning Teslas five years ago, in February of '14.  At that time, Tesla seemed to have a catastrophic fire rate of about 1 in 4000 cars.  For perspective, at the same time, GM had just recalled 370,000 of their GMC Sierra pickups for a software fix that had caused eight fires, or 1 in 46,250, less than 1/10 the electric Tesla's rate.


Although thermal runaway is clearly life-threatening, so far there are no global regulation in place. Whereas China has implemented the GB/T 31485 standard (Safety Requirements and Test Methods for Traction Battery of Electric Vehicle), the UN has only proposed legislation. This leaves automakers with the choice of whether to design battery packs for their cars that can deal with thermal runaway. It’s up to their own risk assessment programs to determine how likely thermal runaway incidents are.  [BOLD added: SiG]


And that's a bit of a sticky situation.  One of those sayings in engineering is that it's all about compromise; if there were an ideal, perfect solution, everyone would be doing that and the problem you're working on wouldn't be a design choice.  In this case, adding things to batteries to make them safer might well impact the Electric Vehicles' other Achille's heel - inadequate range on a charge -  worse, because room in the battery pack will have to be sacrificed to make the cars safer.  Studies say that inadequate range is keeping some potential buyers away from EVs.


Companies such as Morgan Advanced Materials have been researching and developing a range of thermal management protection materials and methods over the years. They provide more time for occupants to exit a vehicle and dissipate heat to cut the chances of a thermal runaway spreading uncontrollably. ...

There are three levels of protection engineers can design into batteries to reduce the effects of thermal runaway in electric vehicles. Namely, these are cell-to-cell, module-to-module, and battery pack level.

Cell-to-cell protection puts some sort of material between individual cells. It is the highest level of protection, but also the most challenging due to space constraints.  These materials typically undergo a phase change: solid to liquid or liquid to gas.  The phase change to gas seems to have the advantage of forcing open safeties already present in the battery pack to vent the hot gases.  The idea, though, is that the material keeps the heat and flames from propagating, breaking the "runaway" conditions.

Module-to-module protection puts insulation between modules to stop thermal runaway from "running away" and spreading to adjacent modules.  Naturally, the design depends on the battery module being protected, but treated paper (e.g. fish paper) has a long history in electrical components and could be used.  Module-to-module protection offers significant weight savings compared to cell-to-cell protection.  Lighter batteries in turn increase the range and lets the battery be more easily accommodated in the vehicle’s design.

Pack-level protection is the simplest and most affordable type. It is aimed at giving occupants more time to exit the vehicle. It provides little protection for the battery pack itself, so the car is likely to burn and take everything you own that you left in it when you bailed out.  On the other hand, if the aim is to save lives, it's far better than nothing.  Standard insulating paper is a common form of pack level protection, such as Superwool Plus Paper. 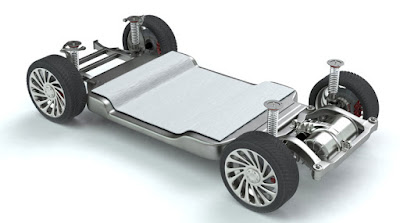 A large paper liner between the pack and the passenger compartment is the essence of pack-level protection.

In each of these protection schemes, cell-to-cell, module-to-module and pack, car makers can choose active or passive protection.  Paper barriers are obviously passive, but those aren't the limits of passive protection.  It could include separation barriers, heat sinks, and other ways to remove heat from the batteries by normal, heat transfer processes: conduction, convection, and radiation.  Active protection would utilize cooling technologies which consume energy themselves.  This would includes air, liquid, and refrigerant cooling. It also involves an external device that helps dissipate heat.  Active methods are generally more expensive and complex than passive techniques. 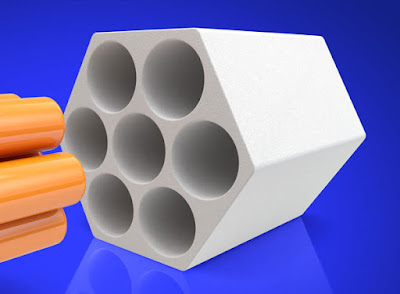