The Face That Launched A Thousand Memes

Not to mention a thousand parody names.  Occasional-Cortex, Occasionally-Coherent, She Guevarra, Evita Guevarra-Castro, or Obrador Chavez-Maduro to drop some of the more memorable names.  (props to 90 Miles From Tyranny) 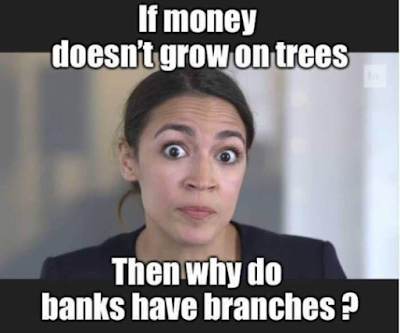 These memes are all in good fun as long as everyone realizes they're made up.  Don't think she said this.  Unless a specific attribution is made, like this: 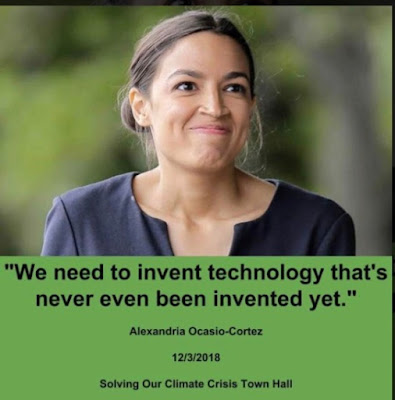 It's fine to make fun of a young, socialist twit (pardon my redundancy); she's a junior representative from "Moscow on the Hudson", New York City, and is more of a media darling than someone with real power in the House of Representatives.  Granted that being a Media Darling brings some sort of power of its own.  My concern is that if all we ever get is mock stupidity to laugh at, we may not get to hear of anything real that might be getting through.

The powers that be could be using her as a screen.

Keep your eyes and ears open.

Confidential to Boston University: a while back, Ms. Occasional-Cortex's campaign website said she has a degree in economics from Boston University.  For the future respect and marketability of BU economics degrees, the University should nullify her degree.