Not a Red Flag Seizure But A Swatting

In Broward County, city of Weston, the wife of a city commissioner filed a police report after a resident of the city named Peter Van Antwerpen posted a meme to a Facebook group.  The meme consisted of a reference to a draft law that appears to be in line for consideration in our state's next legislative session.  The session is looking bad for gun rights in Florida after the way the Stupid Party sold out last year.  While the session starts in mid-January of '20, word of preliminary hearings and activities are coming out now.

The law in question appears to be senate bill SB 134, which repeals the state preemption law and allows political subdivisions and municipalities to pass firearm laws more restrictive than state laws and potentially pass their own gun control ordinances.

The state preemption law this is about is something we picked up in the last few years.  Ten years ago when I got my Florida CWFL, preemption was the law, but there was no enforcement - no consequences for breaking it.  The reality was while state law might have said it was legal for one to carry their concealed weapon in a county park, the county could say no.  The current preemption law added enforcement and individual liability, punishing the county legislators who passed the law violating the state law.


Van Antwerpen posted a meme of Charleston Heston holding up a rifle with the caption “from my cold dead hands.” The picture and quote originate from the 2000 NRA convention where Heston gave an impassioned speech about gun rights.

In the social media post by Van Antwerpen a few anti-gun politicians were named. Van Antwerpen wondered if the gun banning politicians were going to lead the confiscation effort in person. Nowhere in his post were any threats issued.
....
Van Antwerpen is also a well-known philanthropist in the community. He is involved in local politics fighting against liberal corruption. The semi-retired executive is a strong believer in the second amendment and the Constitution.

Beth Jaffe, who is the wife of city commissioner Bryon Jaffe, felt that the meme was threatening her life. Ms. Jaffe contacted the district office of the Broward County Sheriff's Department and asked for them to investigate Van Antwerpen.

Remember, this is the same Broward County Sheriff's Department formerly (and potentially to be again) run by Chief Coward Scott Israel, and the home of the Broward Coward School Resource Officer who ran and hid during the Parkland shooting.  They're not known for blistering competence.

The SWAT team showed up banging at Van Antwerpen's door in the early morning, in full tactical gear, without any warrants.

As SWATTINGs can work out, it ended well.  I'm guessing that's probably because of his being "a well-known philanthropist in the community."


Van Antwerpen, in a bath towel, greeted the members of the unit. The investigator's started to question Van Antwerpen about the social media post. He is a major supporter of law enforcement, so he chose to answer their questions.

This being the Broward County Sheriff's Department, it took them three weeks to deliver the report to Van Antwerpen.  That's when he found the complainant was Beth Jaffe, the wife of Weston city commissioner Bryon Jaffe.  There's a history of "bad blood" between the leftist Jaffes and the more freedom-oriented Van Antwerpens.  Peter Van Antwerpen took to Facebook to highlight what he sees as a personal vendetta against his family.


“A city commission member's wife, Beth Jaffe, who has a well known antipathy for my wife, myself and my family, sent an email to the threat assessment division of Broward Sheriffs Office and over a week later BSO deputies in full tactical gear showed up at our house to interrogate us on this post,” Van Antwerpen wrote on Facebook.

Because the article source (Ammoland News) doesn't mention Peter Van Antwerpen owning guns and having them removed, this doesn't appear to be a Red Flag law misapplied, but it's clearly a SWATTING (although Ammoland strangely doesn't call it that directly).  It's yet another example of unreasonable search in violation of the 4th amendment (the SWAT team had no warrants).  Still, it could have gone much worse and might have if Mr. Van Antwerpen wasn't well known in the city.  Nuisance SWATTING should be a crime. 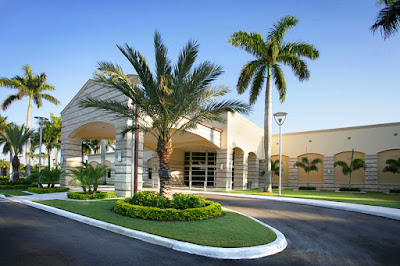