Just about two years ago (it was March 3 of '18), I started the story of Mrs. Graybeard and I cutting the cord; the term for dropping cable TV.  In brief, while we put up an outside antenna (we're in the fringes for over the air TV), we went with a streaming service.  These are done entirely over an internet connection, so we kept our cable internet hookup but dropped cable TV.  There were two main reasons for going to a streaming service; the big one was that the channels we absolutely wanted to see aren't available over the air.  The second reason was that the services we looked at (and signed on with) offer a virtual Digital Video Recorder so we didn't need to buy one.

Streaming services are sort of midway between cable TV and 100% streaming.  100% streaming would be getting every channel you want on its own.  We initially subscribed to YouTubeTV, a streaming service from YouTube/Google/Alphabet as the name implies.  They had the channels we wanted to see and offered an “infinite DVR” - there are only time limits (in months) to watch something after you record it; other services limit you to a certain amount of memory.  In the bottom line view, though, we still don't watch 75 to 85% of the channels that are offered, just as with cable we didn't watch 95% of what was offered.  It's just that we pay $55/month now versus $130 back when we paid for cable TV.  (I took out the price we pay now for our internet connection from the old cable bills)

FEE - the Foundation for Economic Education - has posted some updated statistics on all this that are quite interesting for you numbers geeks in the audience.

One of those “everybody knows” statistics is that Cable TV is dying.
Of course, the big thing that everyone is talking about now is Disney+.  With their very deep content library, including the Star Wars and Marvel Cinematic universes, they're a monster-big draw.  It's being reported that ten million people signed up for Disney+ the day it launched.  That will not go without competition in 21st century America!  Apple is preparing to unleash its own streaming service. Meanwhile, AT&T’s WarnerMedia has its own super package in beta: HBO Max, which reportedly will feature a Friends reunion.  These media companies are spending billions on content, from Disney's Mandalorian to HBO's Watchmen to Apple's upcoming project on singer Billie Eilish. Netflix isn't sitting by idly, they're working on more new content, too.  All of this is great for consumers.
Just as a side note, we've never subscribed to Netflix and haven't subscribed to Disney+ or any of these other services.  Since I do have an Amazon Prime account we get their streaming service.  We've mostly watched movies that aren't on the other services and a couple of documentaries.

This article is all aimed at the entertainment market - the segments called direct to Cable or DVD and the first run of movies on streaming after a successful run in the theaters - but there's more to it.  The news services are running to streaming - Fox News started a few months ago, CBS and ABC News are there, and more.  I know Fox is a monthly bill, while the others appear to follow their broadcast model of having commercials support the service.  CBS has a streaming version of their network TV, where they have some shows that only appear online, Star Trek Discovery and soon, the new Star Trek Picard.  That's a monthly bill.  How many monthly bills do you want? In this last case, it's almost one bill per series I'd watch.

The point is that this rush for everyone to put their entertainment on their own streaming service brings to mind the old anti-cable TV ads from the late 60s, when the movie theaters were afraid of services like HBO, and were saying the cable company wants to put a coin deposit box on your TV.  Streaming services like Hulu or Sling or YouTubeTV follow the old cable model of putting a lot of channels in a package but having one or two in any group that you'd pay for.  How many news channels can there be when CNN, MSNBC, ABC, NBC, Cheddar, Young Turks and so many more are all saying virtually the same things?  If you pay for one TDS news channel, are you going to pay for all the others?  I'd be perfectly happy with a smaller selection of channels at $2 to $5 each. 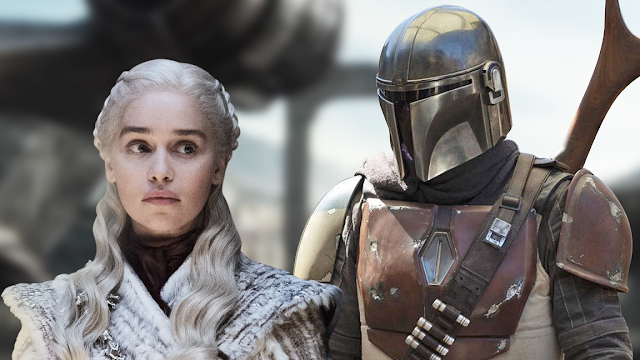 HBO or Disney+? ... Daenerys from Game of Thrones or the Mandalorian.  Choose one?