Among the Lessons Learned from COVID-19

A friend sent me a link to this story on Marker, a part of Medium, called “What Everyone's Getting Wrong About the Toilet Paper Shortage.”  The author's perspective is one that has been showing up in various places lately and I think is one of the early, big lessons from the Kung Flu outbreak.

His main point is that the toilet paper shortage's root cause isn't panic-buying, it's not irrational, it's global and not unique to the US or states undergoing a surge in cases.  Instead, it's a completely natural result that should have been expected - and may have been among some experts.


There’s another, entirely logical explanation for why stores have run out of toilet paper — one that has gone oddly overlooked in the vast majority of media coverage. It has nothing to do with psychology and everything to do with supply chains. It helps to explain why stores are still having trouble keeping it in stock, weeks after they started limiting how many a customer could purchase.

In short, the toilet paper industry is split into two, largely separate markets: commercial and consumer. The pandemic has shifted the lion’s share of demand to the latter. People actually do need to buy significantly more toilet paper during the pandemic — not because they’re making more trips to the bathroom, but because they’re making more of them at home. With some 75% of the U.S. population under stay-at-home orders, Americans are no longer using the restrooms at their workplace, in schools, at restaurants, at hotels, or in airports.

Peter Grant over at Bayou Renaissance Man shared a story back on March 30th that's the same basic issue, only it's the food supply and not toilet paper.

Food ‘outside the home’ includes: restaurants, fast-food locales, schools, corporate cafeterias, university lunchrooms, manufacturing cafeterias, hotels, food trucks, park and amusement food sellers and many more.  Many of those venues are not thought about when people evaluate the overall U.S. food delivery system; however, this network was approximately 50 percent of all food consumption on a daily basis.

The parallels are interesting: the industrial toilet paper is different from the home market TP and food for the restaurant industry is packaged differently than food for the grocery store.


Talk to anyone in the industry, and they’ll tell you the toilet paper made for the commercial market is a fundamentally different product from the toilet paper you buy in the store. It comes in huge rolls, too big to fit on most home dispensers. The paper itself is thinner and more utilitarian. It comes individually wrapped and is shipped on huge pallets, rather than in brightly branded packs of six or 12.

Of course, it's not universally true that businesses use those huge rolls; there are commercial dispensers that hold two more conventionally-sized rolls and many small businesses are in small buildings with a single bathroom and they use grocery-store type paper, not the stuff that comes on pallets.

The food industry is likewise facing problems with distribution.  Notably, there's a surplus of chicken wings.  The wholesale price of chicken wings has dropped from $1.60/lb to $1.25, and that's blamed on the cancellation of March Madness and the end of the NBA season; there's no sports to watch at a sports bar while munching on wings.  You may have heard that Super Bowl Sunday is the biggest single day for wing consumption, but the industry says that since March Madness runs over the course of a month, more wings are consumed then.  The industry was primed for the biggest four weeks of the year when social distancing hit.


What happens to all these wings? Companies are hoping that if the price goes lower and lower, someone is bound to buy the stock. Because these are sold wholesale, it’s not exactly packaged retail ready for supermarkets. Unless a supermarket has staff willing to bag the wings, no consumer is looking to buy chicken wings in bulk. So, that’s pretty much out of the question.

In addition, wings served in restaurants rarely come with the wing tip, and are just the drumette and flat or wingette, usually cut apart.  The wings in our regular grocery store are all three parts still connected.  Looking around the grocery store, commodities like rice, beans and pasta are in limited quantities.  My impression is these are small packages in a retail chain, and somewhere wholesalers are backed up with huge bags of them.


The CEO of a fruit and vegetable supplier told NPR’s Weekend Edition that schools and restaurants are canceling their banana orders, while grocery stores are selling out and want more. The problem is that the bananas he sells to schools and restaurants are “petite” and sold loose in boxes of 150, whereas grocery store bananas are larger and sold in bunches. Beer companies face a similar challenge converting commercial keg sales to retail cans and bottles.

Without a major interruption to the ways of doing business, it seems all of our supply chains have become too optimized for the normal flow of business and are ill prepared for the changes this has brought; they don't exhibit resilience.  You need look no farther than our dependence on Chinese production of antibiotics and most of our pharmaceuticals.  There are stories that ships bearing exports to the US were ordered turned back by the Chinese government when they realized they needed the supplies on those ships more than they need the dollars from selling them.


“The normal distribution system is like a well-orchestrated ballet,” said Willy Shih, a professor at Harvard Business School. “If you make a delivery to a Walmart distribution center, they give you a half-hour window, and your truck has to show up then.” The changes wrought by the coronavirus, he said, “have thrown the whole thing out of balance, and everything has to readjust.”

Under normal conditions, this is wonderful.  It's the kind of optimization maximizing value that free markets produce.  Automatic (or undirected, free market) optimizations are fine, but sometimes when working with optimization for certain problems, we find that we need to push the optimizer to look for solutions it can't find on its own.  It seems that some effort, some direction aimed at creating more resilience in the supply chain is needed. 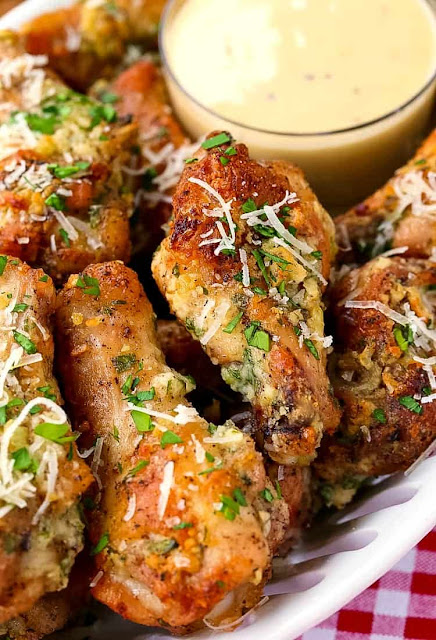