Rocket Lab Among the Select Few

This week, Rocket Lab had their 18th successful launch of their Electron booster from Mahia, New Zealand, like the majority of their launches, raising the number of satellites they've deployed to 97.  They use catchy nicknames for all of their missions, this one was "Another one leaves the crust."  The video here starts around t-1:00 minute and lasts through roughly 11 minutes after launch. The entire video is 53:48.


Rocket Lab has emerged as one of the select few in the small satellite launch business.  They seem to be a market leader.  With Virgin Orbit's successful mission to orbit, they've joined the club.  SpaceX, while focused on larger payloads, has developed a ride sharing mission approach that makes them a power player in that market segment, too.  They were scheduled to launch a Falcon 9 this morning that was to carry a record 133 satellites into orbit (the current record is 103 satellites carried on one mission) but it was scrubbed due to weather on the Cape.  It's set for tomorrow at 10:00AM EST on the Cape. They've already carried smaller ride share missions, two or three satellites, on their Starlink missions.

Author Jamie Groh at Teslarati, thinks the number of launchers is going to grow this year.


Expect SpaceX, Rocket Lab, and Virgin Orbit to be joined by other small launchers looking to break into the market sooner rather than later. Another NASA Venture Class Launch Services provider, Astra – a California-based small satellite launcher that launches from Kodiak, Alaska – narrowly missed beating out Virgin Orbit for the third-place slot in the competition to deliver small satellites to orbit.

On December 15, 2020, Astra launched its small orbital-class vehicle, Rocket 3.2, for the second time from Pacific Spaceport Complex on Kodiak Island, Alaska. The vehicle soared past the Kármán line with the upper stage reaching its targeted altitude of 380 kilometers at 7.2 km/sec but falling just shy of achieving orbital velocity at 7.68 km/sec.

Astra believes the fix to achieve orbit is easy and they're planning to launch for paying customers on the next mission.  And that's just getting started.  Firefly, as reported at the start of the year, is preparing the first launch of their Alpha booster from Vandenberg Air Force Base, "soon." 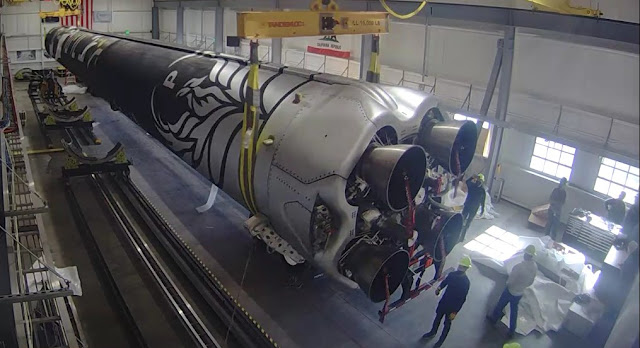 The linked Teslarati article points out that there is a movement to smaller satellites such as CubeSats because it's more accessible to smaller companies, college research, and potentially individual researchers.  Lower cost access for these small payloads will help them and potentially create even more to launch.

I think it's safe to say we have broader access to space than ever before, and it's getting broader.