The Devil Went Down to Georgia

I'll be honest; I'm having a hard time processing the day.  I could see there being people converging on DC for the Stop The Steal protest, but it went a lot farther than I would think.  If I've heard one person call into one of the talk shows saying they're going to DC, I've heard over half a dozen.  None of them sounded like Antifa.  The stuff captured on the TV news did.  I find Irish collecting lots of things that make it seem like a false flag operation, specifically by Lefties working to make conservatives look bad. 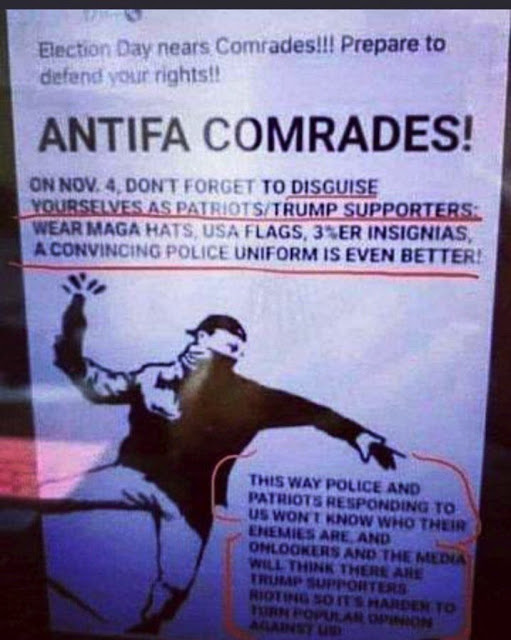 A couple of hours ago I'm saying "this smells like a false flag" to Mrs. Graybeard.  While she was watching a video of protesters breaking glass in the capital building she's saying (in concept) the contents of this Tweet that Irish posted.

The situation after Georgia is horrible.  After the enormous fraud in November, why should I believe that this isn't fraud?  After all, Georgia cheated last time, too.

The chances of getting election reform passed, especially in the Ho Jo administration is zero.  After all, the places that cheated worked very hard to cheat.  They want to keep cheating because cheating = winning.  Anything lawmakers do will be like putting a "Cheat Free Zone" sign over the vote counting offices.