Starship Eileen (SN9) was declared flight ready for her hop to 12.5-kilometer (~40,000 ft) today.  The test flight was scrubbed due to weather, with winds consistently running around 20 mph and gusting to over 30.  Winds are looking to be better tomorrow, so if you want to watch and see if they've successfully fixed the issue that caused SN8 to crater the landing pad, start tomorrow.  Road closures are set for 8a-6p CST (1400-2400 UTC) and flight TFRs have been issued for Jan 26-27, same times.

My personal take, just based on watching the operations there and the SN8 test flight, is that it's more likely to be later in the day; like after 3PM CST.  Today's operations narrowed that down to closures running noon to 6 PM and before the scrub there was public talk that it would be 4PM.

Over the weekend, it was possible to see them installing the Flight Termination System on Eileen's side.  Twitter user Jack Beyer posted this picture with the statement:


Starship SN9’s flight termination system has been installed! Pretty sure these two little white boxes are responsible for ending things in the unlikely event the vehicle gets out of control. 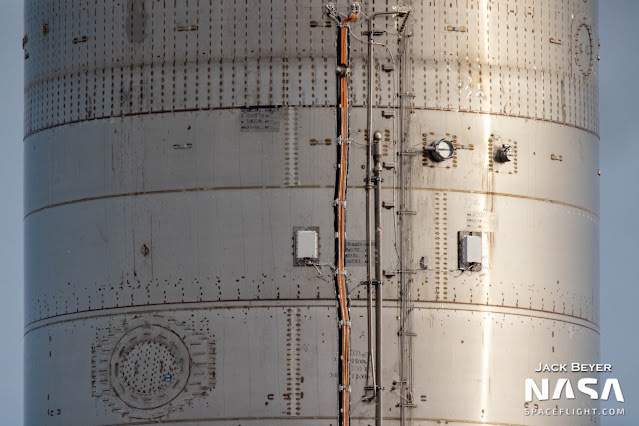 As you can see, Jack Beyer photo credit to NASASpaceFlight.com.

Note that unlike last time, there is no indication that there will be a SpaceX live stream of this test flight.  I'll check again, possibly up to the last minute, but nothing to report at the moment.  Another consideration is that they're slower than they've usually been at changing the coming launch website for the next launch.