Funniest thing I've read on the Twitter in quite a while.  I don't have a twitter account, but I read the agglomerator, Twitchy from time to time.

"IT'S SNOWING AND WE'RE OUT OF KALE!"
...
BREAKING: NYC Whole Foods runs out of ironic beverages; hipsters attempt to flee city; thousands of electric cars frozen on area highways.
...
I just watched a woman cry in the empty kale aisle of the Tribeca Whole Foods. Life is a prison.
...

And from our buddy Iowahawk, Dave Burge wins the Internets with: 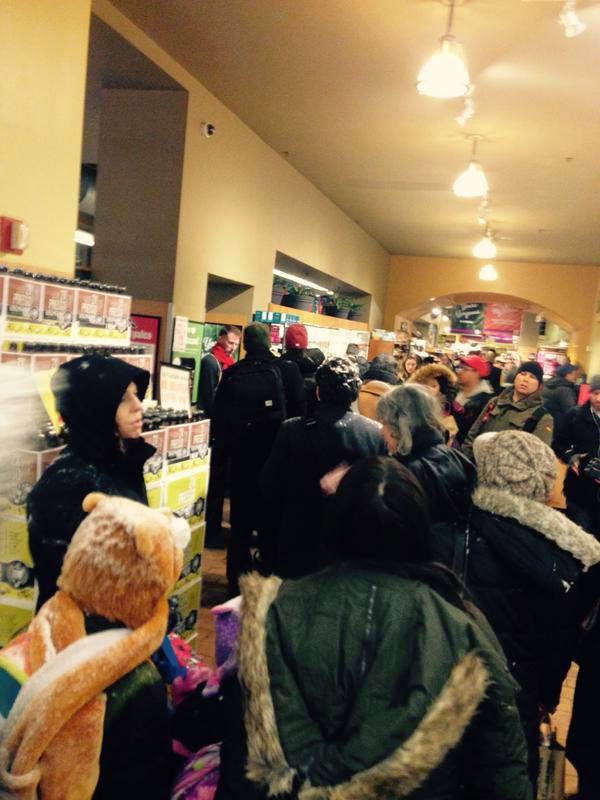 "#Shopocalypse at Whole Foods in Chelsea with bigger crowds and more on edge than before Hurricane Sandy"  Paul B. Raushenbush        ✔ @raushenbush

New York City Mayor Bill "Che" Deblasio,  rapidly increasing his competition with Michael Bloomberg for the title of Most Dependable Asshole in politics declared a “winter weather state of emergency” and essentially shut the city down.  Just a bit of an overreaction, but probably has something to do with his pattern of not sending snow plows to wealthier neighborhoods.   Or not.

Speaking of which, do you remember reading a while back that "the end of snow" was coming, and the stories that children born soon will never know snow in their lives?  Like all climate alarmism, this has proven laughably wrong.  Instead, Joseph D'Aleo, the chief forecaster for Weatherbell Analytics, points out this decade, just hitting the halfway point, is the snowiest decade in the NOAA records on the east coast.


“Assuming this storm gets ranked by NOAA as one of the high impact (population affected by snowstorm) snowstorms (likely since the November storm was), we will have had 14 major impact storms this decade (only half over) beating out the 10 in the 1960s and 2000s,” Joseph D’Aleo, CCM (Certified Consulting Meteorologist), told Climate Depot on Monday.