If I asked you to do word association with the word Microsoft, chances are you'll say Windows.  Microsoft got its big boost as a business and into the upper echelons of the business world by providing the operating system for the IBM PC (PC-DOS) in 1981 and has dominated the world of computer OS sales almost since then.  Windows has been with us since 1985 (frankly, that surprised me, my first version of windows was 3.1 in the early 90s).

And all through that time, Microsoft has hounded the users to pay up for their OS as well as any application they sell.  Bill Gates, in fact, is famous for having written an "Open Letter to Hobbyists" in 1976 complaining about rampant copying of his BASIC programming language for the first home computers.

With that in mind, I was surprised to learn the distribution model for the next version of Windows, which will skip 9 and go directly to 10, will be distributed free, if you upgrade from Windows 7, 8.1, or Windows Phone 8.1 within one year of the final release.  (It's currently available for anyone who wants to Beta test it).

The exact mechanics of how this will work aren't clear to me.  It appears to be real (not rumor), but the plan is still in development.  Windows 10 will remain free for the lifetime of the device on which you upgraded during that first year.  The reporter said they don't really know how they plan to get paid for the products, much less how they'll handle updates or upgrades to Service Pack 1 when that inevitably comes out.  Their goal appears to get all Windows users: desktop, Surface tablet, Windows phone, or whatever, using a common OS; with the goal of a common experience across all platforms.  Microsoft uses terms like:

But I couldn't help but think:

One OS to rule them all
One OS to find them
One OS to bring them all
and in the darkness bind them.

The list of features gets a giant "Meh" out of me with a possible exception or two.  But the change from the old way of buying Windows is the unusual thing here. 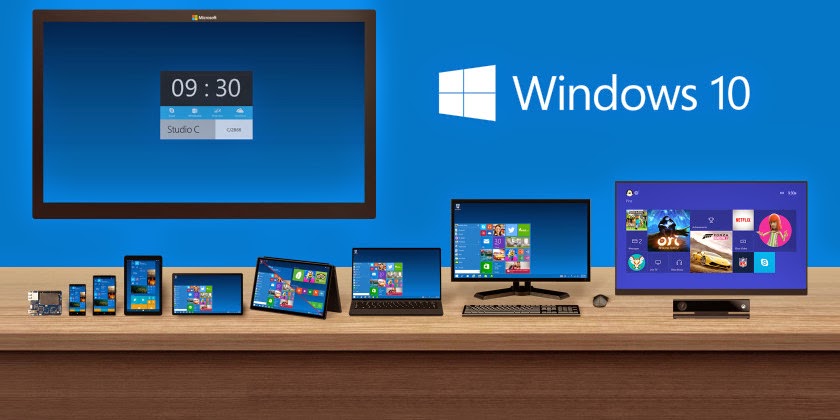 Details on the features, etc., here.