No, we didn't watch the State of the Union Address last night.  We didn't watch it for the same reason we didn't shove meth-crazed porcupines up our poop chute: because it would be an unbelievably stupid and painful thing to do.

And that says it all better than I was saying it.  It was on in the other room while I was working last night but I had to turn off the TV.  I can't stand the voice, let alone the content of what he was saying.  Fact-check articles are out and about if you care, written not just by people who are bound by actual verifiable reality, but by anyone who thinks their opinion makes sense.  The prez himself makes as much sense as this Octopi Wall Street dood, who has the same message as Obama but is only a little more direct. 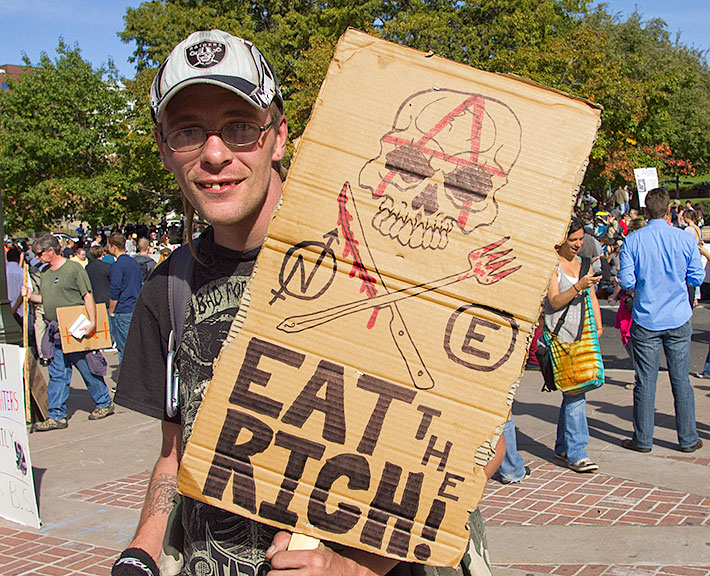