It's a peculiar coincidence that all NASA missions that ended in the crew being killed and vehicle destroyed occurred in the same week.

Apollo 1 burned on the pad during a test, killing Gus Grissom, Roger Chaffee and Ed White on January 27, 1967 .  It was the result of a pure oxygen atmosphere and a spark from a wiring defect. A local legend here in the shadow of the KSC is that from then until at least the beginning of the space shuttle program, as lower level managers were promoted into positions with more Go/No-Go responsibility they were taken into a private room and required to listen to the tape of the men being burned to death.

Shuttle Challenger was destroyed on January 28, 1986 a mere 73 seconds into mission 51-L, as a flaw in the starboard solid rocket booster allowed a secondary flame to burn through supports and cause the external tank to explode.  It was the kind of cold day that we haven't had here in some years.  It has been reported that it was between 20 and 26 around the area on the morning of the launch and the O-rings used to seal the segments of the stackable solid rocket boosters were too cold to seal.  Launch wasn't until nearly noon and it had warmed somewhat, but the shuttle had never been launched at temperatures below 40 before this.  Richard Feynman famously demonstrated that cold was likely the cause during the televised Rogers Commission meetings, dropping a section of O ring compressed by a C-clamp into his iced water and noting that it had lost its resilience at that temperature.  Kevin at the Smallest Minority links to Dr. Sanity who blogs about her experience as flight surgeon for that flight.  Her column is haunting.  Go Read.

Shuttle Columbia, the oldest surviving shuttle flying as mission STS-107, broke up on re-entry on February 1, 2003 scattering wreckage over the central southern tier of the country with most along the Texas/Louisiana line.  As details emerged about the flight, it turns out that Columbia and everyone on board had been sentenced to death at launch - they just didn't know it.  A chunk of foam had broken off the external tank during liftoff and hit the left wing's carbon composite, punching a hole in it.  There was no way a shuttle could reenter without exposing that wing to conditions that would destroy it.  They were either going to die on reentry or sit up there and run out of food, water and air.   During reentry, hot plasma worked its way into that hole, through the structure of the wing, burning through piece after piece, sensor after sensor, until the wing tore off the shuttle and tore the vehicle apart.  Local lore on this one is that the original foam recipe was changed due to environmental regulations, causing them to switch to a foam that didn't adhere or stand up to abuse as well.

There's plenty of evidence that the crew of Challenger survived the explosion.  The crew cabin was specifically designed to be used as an escape pod, but after design, NASA decided to drop the other requirements to save weight.  The recovered cabin had clear evidence of activity: oxygen bottles being turned on, switches that require a few steps to activate being flipped.  It's doubtful they survived the impact with the ocean and some believe they passed out due to hypoxia before that.

January 27 to February 1 is 6 days.  Not quite a full week.  Every year, there's a memorial ceremony on the Cape.  On a personal note, I remember them all.  I was a kid living in Miami when Apollo 1 burned.  I was living here and watched Challenger live on TV.  Instead of going outside to watch it as I always did, I watched it on NASA Select satellite TV.  Mrs. Graybeard was working on the cape, next door to the facility that refurbished the SRB's between flights, and was outside watching it.  It took quite a while for the shock to ease up.  I saw those spreading contrails everywhere for a long time.  Columbia happened when it was feeling routine again.  Mom had fallen and was in the hospital; we were preparing to go down to South Florida to visit and I was watching the TV waiting to hear the double sonic booms.


I remember the Challenger and her crew frequently and with love. They are a part of me now. All of them represent the best within the American spirit, and always will. Since that day in 1986, I have come to see NASA as one of the greatest impediments to the Dream of space exploration; but I have never given up the Dream itself. Nor have I forgotten any of the pioneers who have died in the service of that Dream. Some day we humans will leave this small planet and joyfully play in all the corners of the cosmos. 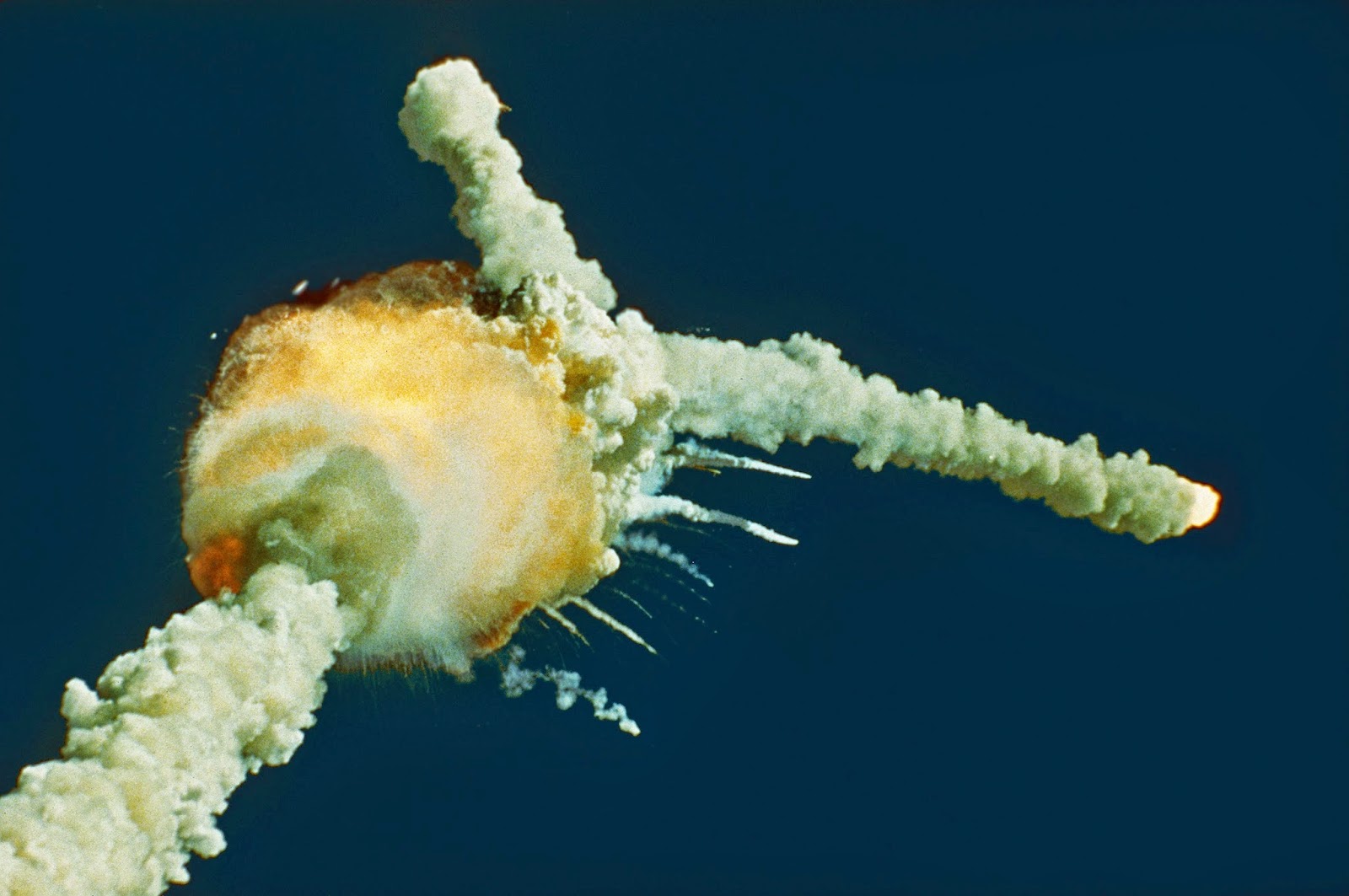 "I have come to see NASA as one of the greatest impediments to the Dream of space exploration; but I have never given up the Dream itself."  We're in complete agreement.