Techy Tuesday - Tech You Can Use

How about boots that can recharge batteries?

As technical advances have increased the amount of electronics that's useful to soldiers, the amount of batteries they need to carry has steadily increased, with some reports saying the typical soldier carries 20 pounds of batteries.  Now, a joint venture of Lockheed Martin and STC Footwear has produced boots that can replace some of those batteries carried.  In its current design, the Kinetic Boot is capable of generating up to 1.5 watts of power per foot to charge reusable batteries or connect directly to systems.


Previous solutions, such as solar-power chest panels and helmets, still added significant weight to soldiers’ uniforms, but the Kinetic Boot only adds 2 to 3 ounces of weight per boot—all while generating more energy. In a demonstration at the Marine Corps’ Experimental Forward Operating Base (ExFOB), a pair of Kinetic Boots was able to generate between 2 to 3 average watts of power...

I don't know the voltage available at those boots, but let's assume we can use it to charge a phone with no losses due to inefficiency.  A standard iPhone 5 original equipment battery, for example, is 1440 mA at 3.8V or 5.47 Watts.  It would take almost two hours of walking to completely replenish that battery.  Still, that's otherwise wasted energy, and it will add up in a day with a lot of walking.  I couldn't tell you how useful those 20 or so Watt*Hours produced by walking around would be.


While the concept of harvesting energy from motion is not entirely new, efficiency has remained an ever-present problem. Further optimization of the boots will help achieve maximum power generation while ruggedizing the design for harsh military conditions. Enhanced ruggedized packaging will not only protect the boots’ components from environmental factors including dust and mud, but will also standardize the components’ positioning to increase reliability.

I suppose these are a little while out, and even longer until they show up as surplus.  No idea of cost so they might be too much for the commercial market. 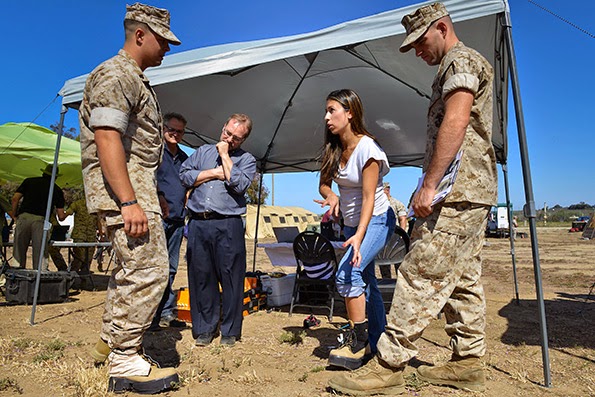 U.S. Marines try out a Kinetic Boot prototype at ExFOB 2014.  (Photo courtesy of the US Marines.)

No references to Bennie and Jets.