So Here We Are Again

Yet again, the civilized world has to bear not only the depraved antics of the Muslim murderers, we have to bear the pea-brained apologists telling us, "it's the religion of peace" or "yes, but it's just a small minority", or "what about the Christians or Jews or murder in the name of their religion?".

The news broke this morning while I was about to leave for work.  Mrs. Graybeard assumed it was Muslim terrorists; I said, "I'll bet you any amount of money it wasn't the Amish".  She replied, "When was the last time a busload of Rabbis did something like this?"

Of course we knew it was Muslims because it virtually always - always - is.  And that's a problem. 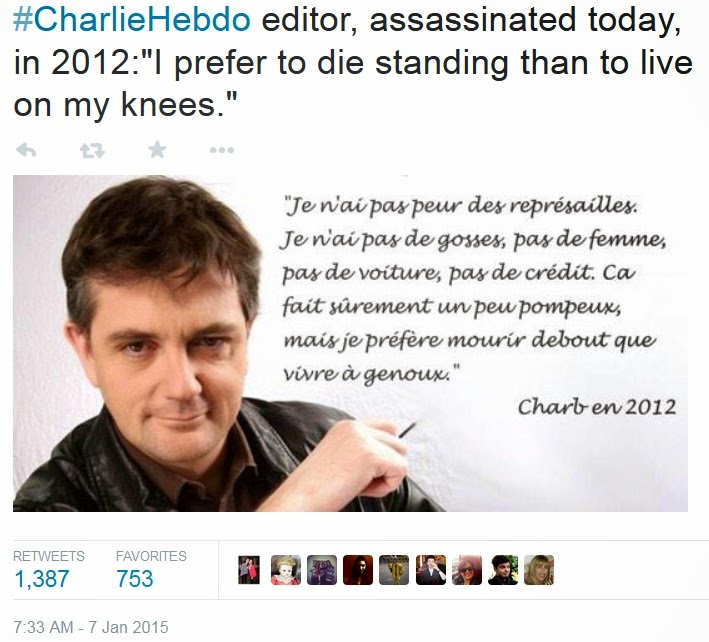 Google and my high school French translate that as: "I'm not afraid of reprisals.  I have no kids, no wife, no car, no credit.  It probably makes it a bit pompous, but I prefer to die standing than to live kneeling".

I heard Dr Zuhdi Jasser, head of the American Islamic Forum for Democracy, Cardiologist/Internist, and US Navy veteran, on Dana Loesch's TV show tonight.  Dr. Jasser's organization is devoted to pushing for a reformation movement in Islam similar to the Christian reformation.  One of his points was that the politically correct constant pandering to the violent Muslims by not condemning their views is actually giving them the advantage in society.  The Western groups saying all religions are the same are preventing the dialog and change that Islam needs.  Political correctness, yet again, is doing the exact wrong thing, and endangering us all. 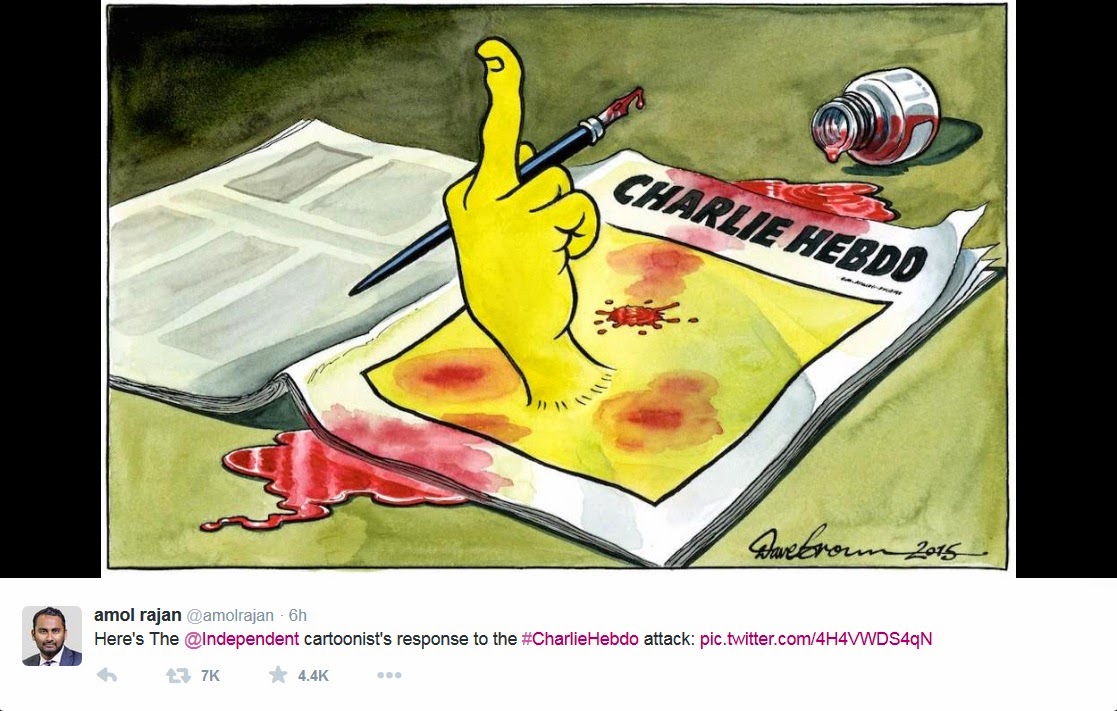 The attack leaves me saddened, but more than that, it leaves me angry.  I can easily see something like that happen here in America.  I can easily see that happening to fellow bloggers whom I consider friends.  There's a joke going around you may have heard that I'll give the name "cowboys and muslims" to.  Without repeating the whole joke (here) the gist of it is a Montana cowboy, a Native American (hmm, I'm a native American... let's call him a Blackfeet Indian) and a muslim end up sitting next to each other in an airport.  The Indian bemoans the fact that his people were once many and now they are few; the Muslim replies his people were one few in this land and now they are many, so why do you think that is?  The Cowboy replies, "That's because we ain't played Cowboys and muslims, yet, boy".

I think the time is coming when we're going to need to play a serious game of Cowboys and muslims. None of this "run a few fighter sorties"; more like "What the hell do you mean we're out of ICBMs and MIRVs??"