In truth, 2014 was a pretty good year for us.  It had to get better with an opening like it had: rolling in from 2013 a month after losing mom to multiple myeloma and a year of pretty regular trips down to her place to help out.  Last year, I said, "I've never paid much mind to the "whole new year, whole new future" line of thought, because a year is just a convenient way to mark time.  We could use Julian Days, but month/day/year is shorter.  I'm going to deliberately delude myself a little and allow myself to think I'll get a new start when the calendar turns in a few hours."  And 2014 did get better.

2014 was the year we finally did something about a course of action for coming retirement, or at least a semi-retirement switch from full time work.  We built my dream shop onto the back of the garage.  There's not a time I go out there that I don't think how great it is.  We added a Grizzly milling machine to it in October and within the last two weeks, in and around the Christmas rush, we got the lathe in place.  I owe y'all a post on that, but it has been a busy couple of weeks.  I've barely checked it out in the simplest operations, though, so I don't have much to say at the moment.

While moving into the shop I discovered a problem with my aluminum boat, but all's well there, too.  I patched it, put in a battery disconnect switch, and then put it up for sale in the classifieds at work pricing it as "motor and trailer with free boat included".   A young software engineer I kinda know showed up at my desk once the ad had been appearing for a couple of weeks and bought it.  I made sure he understood about the problem and that he might have to spend some time working on it and he still wanted it.  I think we' re both happy at how that turned out.  Yeah, I replaced it.  I should put up some details on that, too.

BTW, the rod I posted about when I was building, and then when it snapped in half during its first 15 minutes of life, is still in limbo.  I complied with MHX's requirements, sending in as much of the rod as I could with all the purchase details.  I'm hopeful they'll replace the blank, but I'm still out about $50 in other parts, not to mention spare hours over about 6 weekends to build it.  If they don't... I might just go find a good production rod.

So, yeah, it was a good year for us.  Looking at what I think of as highlights of the year looks like a bunch of "conspicuous consumption", but it wasn't all like that (except for maybe the fishing rod).  A lot of planning and saving over several years led to the addition and the shop tools.  A lot of projects were completed and a few were started.  I have much to write about without even thinking of the economic roller coaster we're all on - and that's currently going through a relatively calm period. 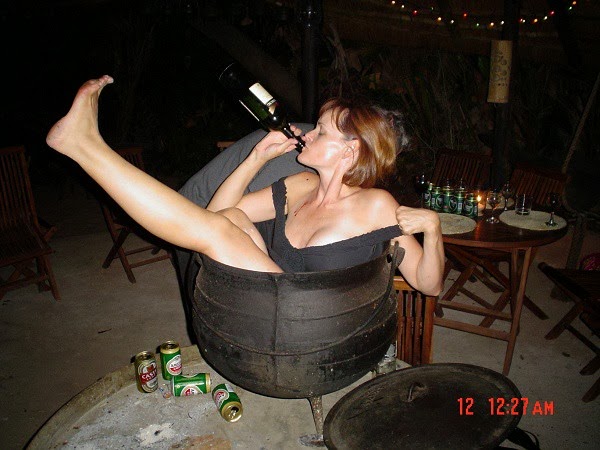 And so as we stumble into 2015, remember to drink responsibly and I wish you all a happy, healthy, prosperous, safe and free New Year.